Terrifier 2, the blockbuster horror film from Art the Clown and Damien Leone, is a worldwide phenomenon.

The extremely graphic slasher gained popularity among viewers mostly due to word of mouth, enjoying a far larger and more prosperous theatrical run than anticipated.

Since then, it has been made available in 4K Ultra HD and for streaming on SCREAMBOX. The movie is now switching to VHS, a format that feels eerily prescient.

Through Broke Horror Fan and Witter Entertainment, Cinedigm and SCREAMBOX have formally licensed a fully-functional VHS release that fans may add to their libraries.

Due to the frequently amazing box art that stood out significantly among other tapes at the video store, horror once flourished on VHS.

The Terrifier 2 VHS edition, however, has three different box art styles as opposed to simply one. The artwork on the big box variation and the black clamshell cover, both by Creepy Duck Design and Sam Coyne, depicts Art hovering menacingly above the final girl, Sienna Shaw (Lauren LaVera), dressed as an angel warrior.

The bloody wonderful cereal Art Crispies is promoted by some fresh artwork on the other large box with a flip-open cover.

Intriguing VHS cover art for either of the aforementioned pieces, but the cartoon Art spilling blood into his bloody breakfast treat on the Art Crispies box really gets the video store fright vibe.

The movie has also been edited from its original display to a 4:3 format to best fit the VHS format. Leone directly approved every step of the procedure as well.

As the release date draws near, further details about the VHS edition, including a re-release of the Terrifer VHS, will be revealed.

Terrifier 2 features David Howard Thornton reprising his role as Art as the wicked clown rises from the dead to wreak havoc once more on Halloween night. Mike Flanagan appropriately refers to the film as a “megaslasher.”

Art discovered two new victims to scare in Sienna and her younger brother Jonathan (Elliott Fullam), the latter of whom is fixated on the murderous clown, a year after his body was discovered missing from the morgue.

Leone’s horror sequel made over $11 million at the box office over two distinct runs despite having a budget of only about $250,000 thanks to its word-of-mouth marketing and severe, vomit-inducing gore that attracted thrill seekers to the theatres to check out the movie.

Bloody Disgusting even submitted the horror movie to the Academy for Oscar consideration because it had become so popular, even if it was simply for laughs.

The Terrifier 2 VHS release will be out on December 27, right after Christmas. On the website of Witter Entertainment, the tape will be for sale.

The box art is seen below: 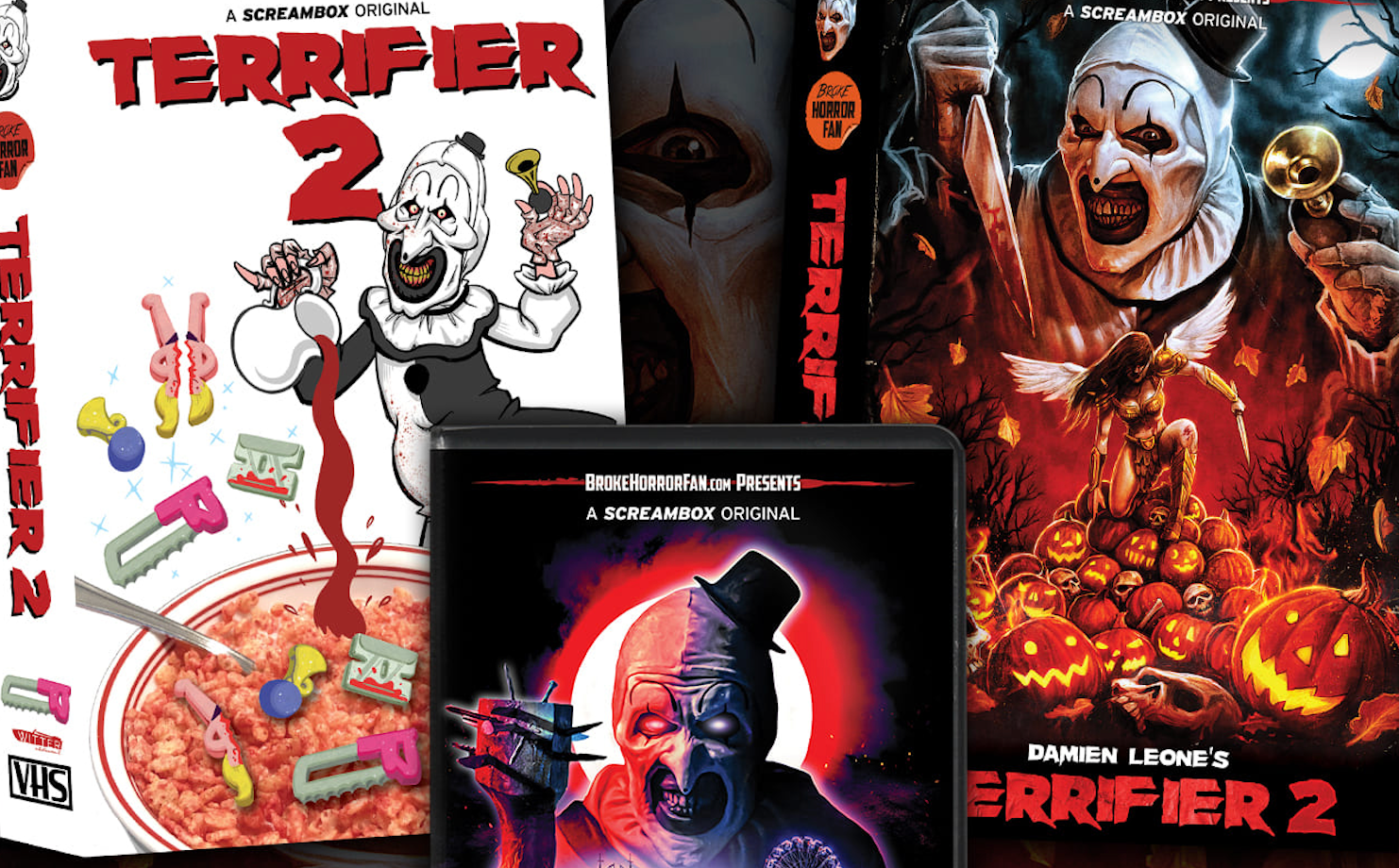 Advertising is crucial when the streaming conflicts are at their most intense....

Why was Rahat Fateh Ali Khan arrested in India?

Is India going to get to see The Legend of Maula Jatt?