Ranbir Kapoor and Alia Bhatt’s daughter’s name is trending. The actress tweeted it. Since then, Alia has been enjoying her maternity leave. She often informs fans. So was today. She uploaded a balcony photo to mark Dear Zindagi’s 6th anniversary.

The actress released a video of the beach with the’samundar se kabaddi’ conversation on Instagram. Mental health, insomnia, and depression are discussed in Dear Zindagi. Alia plays Kaira, a cinematographer who juggles her personal and professional lives. Shah Rukh Khan’s Jehangir helps her. Gauri Shinde directed Dear Zindagi, which was produced by Red Chillies, Dharma, and Hope. 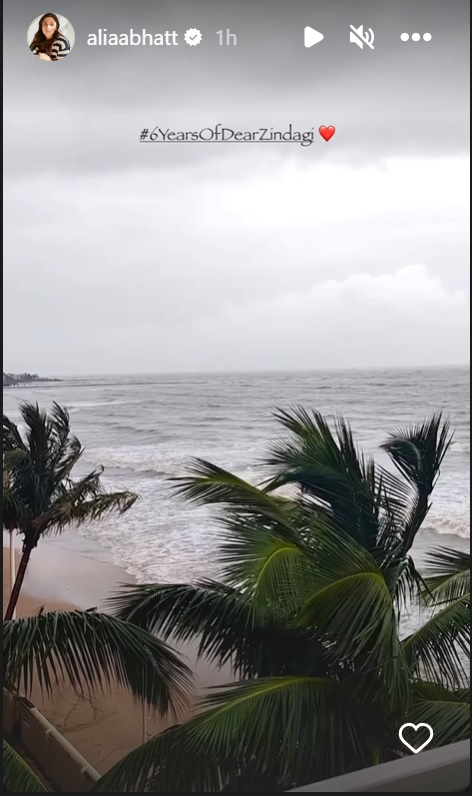 The actress claimed that Raha’s name was chosen by her “smart and loving Dadi”
Raha means divine road. In Swahili, Raha signifies Joy, in Sanskrit, a clan, in Bangla, rest, and in Arabic, peace, pleasure, freedom, and bliss. From the minute we held her, we felt everything. Thank you Raha for bringing our family to life; our lives have just begun.”

The name of the girl Alia Bhatt and her husband Ranbir Kapoor...