Kartik Aaryan and Sara Ali Khan are two successful Bollywood actors. Love Aaj Kal is proof of the duo’s on-screen chemistry. Sara and Kartik dated during the film’s shoot but never admitted it publicly and reportedly split before its release. Karan Johar mentioned they dated during Sara’s Koffee With Karan S7 appearance.

His ex-girlfriend Sara took to social media to wish him on his birthday. Sara re-shared a photo of Kartik from his midnight birthday celebrations and wrote him a note. She writes “Happiest birthday @kartikaaryan. Hope this year is all that you’ve hoped for and may all your dream continue coming true.” Atrangi Re actress added ‘Happy Birthday’ sticker. 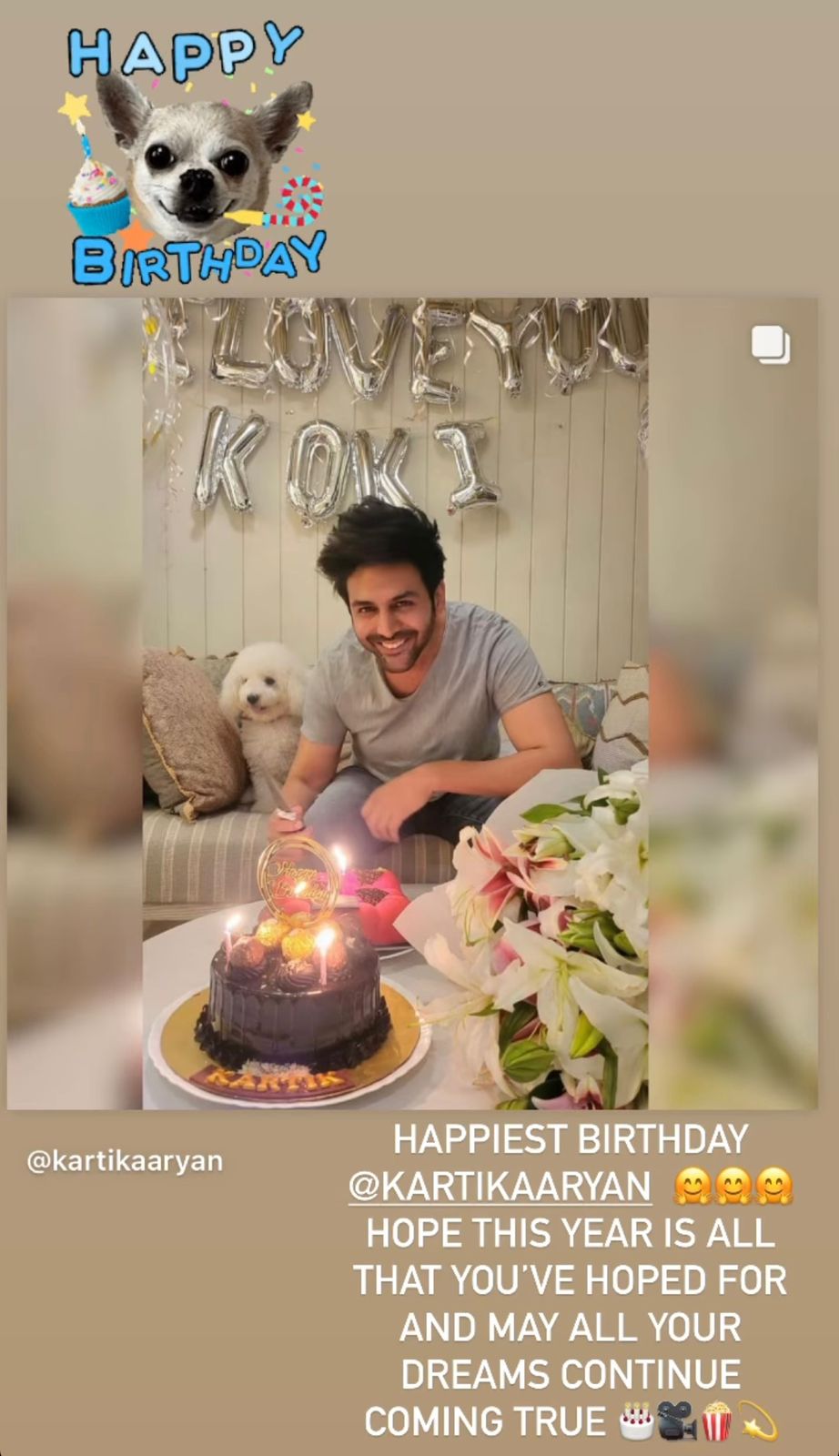 Sara Ali Khan and Kartik Aaryan
Sara confessed to Karan in 2018 that she had a crush on Kartik. The actress said she’d like a ‘coffee date’ with him. Even after their breakup, the pair has been seen at events being cordial.

On the Work in font, Sara Ali Khan will next be seen in Gaslight and an untitled Vicky Kaushal film. Kartik’s upcoming film Freddy stars Alaya F. He also has Hansal Mehta’s Captain India and Anurag Basu’s Aashiqui 3. He’ll also star in Hera Pheri 3 with Suniel Shetty and Paresh Rawal. His role has not yet been confirmed.

Kartik Aaryan is seen in Telugu-style action in Shehzada trailer

On Tuesday, Kartik Aaryan celebrated his birthday by giving fans the Shehzada...