In the ACT, 26 new locally acquired COVID-19 cases have been reported, bringing the total number of cases in the territory’s outbreak to 237.

15 of the new cases spent their whole contagious time in quarantine.

Seven of the cases were contagious in the community, and the movements of four of them are still being investigated.

Twenty of the new cases have been related to previously reported cases or exposure areas. Ten people were  discharged from the hospitals in the last 24 hours.  One person is still suffering with critical condition in intensive care. 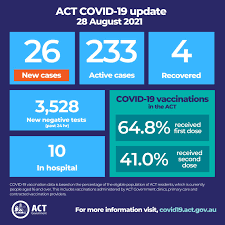 Restrictions in South East Queensland have been removed after the country recorded...

Migraines can be relieved by eating oily fish

A diet high in oily fish, such as salmon, may help relieve...