Pentagon released video of the attack on Al-Baghdadi

"…at the compound, fighters from two locations in the vicinity of the compound began firing on U.S. aircraft participating in the assault."
– Gen Frank McKenzie CDR USCENTCOM pic.twitter.com/SkrtHNDs7w

According to the details, the head of the U.S. central command has released the images and videos of the related incident that caused the assassination of ISIS leader Abu Bakar Al-Baghdadi. He posted the images for reports in the Pentagon on Wednesday.

General McKenzie had elaborated that 4 men and 2 women had died in the attack, whereas the adolescents killed were of less than 12 years of age. It was identified through a DNA test that the killed person was Abu Bakar Al-Baghdadi.

This image clearly shows the compound of Adlib; a province of Syria. 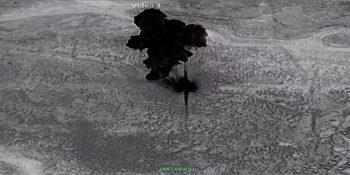 This is the compound located in the north-west of Syria. Abu Bakar Al-Baghdadi was hiding in this compound. 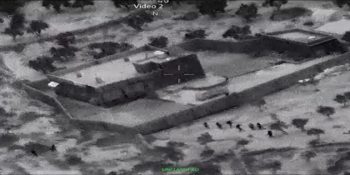 Gen. McKenzie had explained to the reporters that 4 men and 2 women had died in the attack. Two children of age less than 12 had died when Abu Bakar had exploded his vest that was loaded with bombs. He had also suggested that Abu Bakar had also started firing when he was trying to escape from the tunnel.

However, he had not confirmed the claim made by U.S. President Donald Trump, he had claimed that Abu Bakar was screaming and crying in the last moments.

It should be remembered that Donald Trump had announced two days ago that they can release parts of the video of Syrian attacked in which Abu Bakar was killed. Trump had also said that Abu Bakar Albaghdadi was a weak and grieved man.

India has been managing an average of 2.4 million shots per day....

Higher Education Commission: Budget To Be Increased For Education Sector

Higher Education Commission (HEC) conducted an initial assessment which showed that most...