Students of the Banaras Hindu University are protesting against the appointment of a Muslim professor these days, saying that a Muslim teacher cannot teach Sanskrit.

According to details, Hindu university of RSS students’ wing Akhil Bharatiya Vidyarthi Parishad (ABVP) have been holding a sit-in for the past week against the appointment of a Muslim professor, Feroz Khan in the Sanskrit literature department.

Students said that a Muslim cannot teach Hindu religion to Hindus. They are demanding the cancellation of Professor Feroz’s appointment.

On the other hand, Vice-Chancellor of Hindu University has defended the appointment of Professor Feroz.

He said that Prof. Feroz is the most capable professor in all the candidates and, he cannot be discriminated in the name of religion.

Shubham Tiwari, a research scholar of the university said that a Muslim cannot teach Hindus thier religious language.

Students of Hindu University also organized special Pooja, to cancel the appointment of a Muslim professor.

Students also quoted a Hindu university founder’s statement which states that no person of non-Hindu religion will be allowed to study and teach at Sanskrit College.

Feroz Khan is from Rajasthan. He has a PhD in Sanskrit and is considered to be one of the best Sanskrit teachers in India. 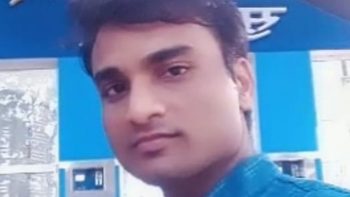 Hajj 2021: All possible steps being taken to facilitate pilgrims, Ministry of Hajj

The United States has blacklisted seven Lebanese people connected to Hezbollah. According...

Massive protests held in Solidarity with Palestinians around the world

Massive protests were held in solidarity with Palestinians around the world, including...