Mother charged with murder as toddlers die in hot car

A 27 years old woman has been charged with twin murder, after her two infants daughters were found dead in a car in Australia.

According to a foreign news agency, two toddlers died after exposure to extreme heat inside a car in the Australian state of Queensland where temperatures hit 31 degrees Celsius. 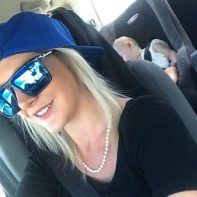 A woman has been charged with two counts of murder and two drug-related charges and remanded in custody after her case went to court.