Saudi Arabia and the UAE on Thursday signed a raft of agreements which included a deal to issue joint visit visas for residents of both countries in a bid to boost tourism.

According to the UAE’s official news agency WAM, the accord, among six initiatives highlighted during Crown Prince Mohammed bin Salman’s visit to the UAE, was part of a cooperation deal between the Saudi Commission for Tourism and National Heritage (SCTH) and the UAE’s Ministry of Economy.

The agreement will allow for the speeding up of the flow of traffic at ports of entry between the two countries.

A separate joint strategy for food security was also inked, aimed at tackling food challenges not only in Saudi Arabia and the UAE but throughout the region.

Saudi and Emirates will also develop a new mega-crude refinery with a capacity of 1.2 million barrels each day.

On yesterday UAE and Saudi Arabia on Wednesday signed four memorandums of understanding (MoUs) during the second meeting of the Saudi-Emirati Coordination Council in Abu Dhabi. 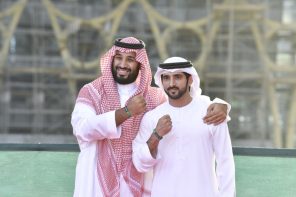