Saudi journalist Jamal Khashoggi’s fiancée Hatice Cengiz said that she was “heartbroken” that the Italian Super Cup was being played in Saudi Arabia.

Hatice Cengiz said, “It is heartbreaking that a country that has an allegedly state-sponsored murder that is still unresolved be given the gift of having Italians play football on its soil.”

“I know how Italians feel about football,” she said ahead of Sunday´s match in Riyadh between defending champions Juventus and Coppa Italia holders Lazio.

“Yes I understand there has been an invitation, and I understand the economic side of this, and I also understand that it is not possible to boycott it. But don´t you think that this is going to be used politically?” she said.

Jamal Khashoggi, a Washington Post contributor and US resident, was killed in October 2018 at Saudi Arabia´s consulate in Istanbul to obtain paperwork ahead of his wedding to Hatice Cengiz. 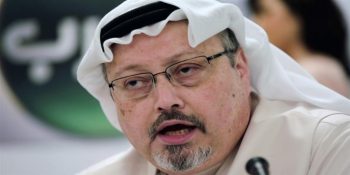 The former royal insider turned dissident was strangled and his body dismembered inside the consulate.

A UN special rapporteur on extrajudicial executions has said there was “credible evidence” linking the powerful crown prince to the killing, but the kingdom strongly denies he was involved. 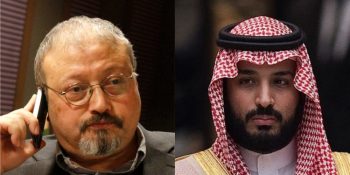 Jamal Khashoggi, was executed in Istanbul on October 2 last year after visiting his country’s embassy to collect divorce papers so he could marry Hatice Cengiz.

The last Italian Super Cup was overshadowed by controversy with calls for it to be relocated over human rights issues in Saudi Arabia.

The fiancee of murdered journalist Jamal Khashoggi has called for G20 countries to boycott next year’s summit as it is due to be held in Saudi Arabia.

Hatice Cengiz said the G20 should not attend the event on human rights grounds as she blames the kingdom for murdering her partner.

Saudi journalist’s fiancee has since has said she suffered a ‘psychological meltdown’ in the wake of his death.

Ms. Cengiz presented her campaign called ‘Justice for Jamal’ to convince G20 countries to boycott the 2020 event at a press conference in Rome on Tuesday.

Forty-nine journalists were killed across the world in 2019, reporters represented the lowest death toll in 16 years.