Six people have been killed and two more injured in a shooting at a hospital in the Czech Republic on today, police and the country’s health minister have said.

The attack took place in the city of Ostrava at about 7.19am local time.

Police said on Twitter that after a manhunt they had tracked down a silver Renault car containing the suspected shooter.

The gunman, aged 42, took his own life before officers arrived, they added.

Investigators published a photo of the suspect, having withdrawn an earlier photo of a different man wearing similar clothes. They said that man was now considered to be a witness. 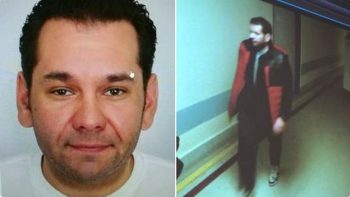 The hospital director, Jiří Havrlant, said five people died in the attack and one died in surgery. Another two were seriously injured and no medics were hurt, he said.

The victims, four men and two women, had been shot at close range, he said.

The head of the regional police department, Tomáš Kužel, said the attacker was silent as he carried out the shooting and there was no indication of accomplices.

The suspect had used a handgun and had driven off in a silver Renault Laguna car, according to police.

They said they had established the 42-year-old man’s name, had photographs of him and had obtained his vehicle licence plate number.

Islamabad: Pakistan has strongly condemned the recent Houthi militia’s attacks that include...

Tomorrowland 2021, one of the biggest electronic and dance music festivals in...

Why are unvaccinated people still at risk of contracting COVID-19?

Despite decreasing COVID-19 instances in the United States, experts are concerned about...