According to details 40 years old, Naji Al Fulaiti hanged himself from the roof of his house over his failure to give his daughter 1,000 Lebanese pounds (Dh2.50) to buy breakfast.

Ali Al Fulaiti, a cousin of the victim, told international news agency “Raneen, his 6-year-old daughter asked him in the morning for 1,000 Lebanese pounds to buy a manqoushe [a traditional flatbread] for breakfast. Abu Mohammad [Al Fulaiti] didn’t have money in his wallet to give her. She was sad, and walked away. Immediately, he is believed to have hanged himself in his house, which faces mine.”

Three months ago, Al Fulaiti was working as a construction worker in Arsal.

The victim cousin was at home and around 6am he heard a loud noise coming from his cousin’s house.

“I rushed out and saw Naji’s father shouting. He had tangled the rope to the roof, tied it to his neck and jumped to his death. We untied him immediately, put him in my car and rushed him to Al Rahma Hospital. He was already dead,” said the cousin. 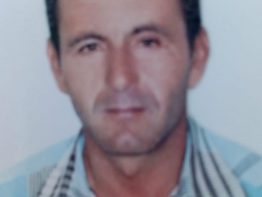