A man features himself in a billboard to find a ‘Date’

A man purchased a billboard featuring an image of himself looking for a partner.

Mark Rofe from Sheffield spent £425 for the creation of this huge billboard to be displayed on a busy road in Manchester.

The man seemed desperately waiting for someone to date him and was tired of dating app games.

Mark Rofe, 30, thinks this ‘unique’ type can impress people and can let him find a partner.

He said that he is unfortunate enough to find a perfect match even he got in touch with 100 people. 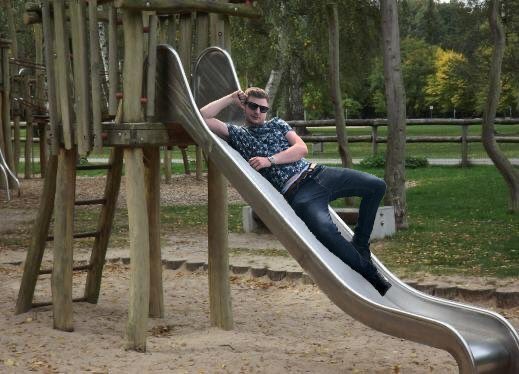 He said, “I’ve had more than 100 people get in touch. Unfortunately half are men but I’m still very flattered.”

Mark Rofe has remained single for a year, so he comes up with a weird idea.

The dating apps weren’t working, so I bought a billboard and set up a website to stand out and try get a date.

He rented a 3m high by 6m wide billboard and placed it on a busy road.

Thank you for everyone who has shared this.

I’m not optimistic with my chances, so also set up a fund raiser to buy more billboard advertising across the UK.

“I was talking to my mate saying how I was struggling on all these dating apps and I joked that I should put my face on a big billboard.

“We laughed about it but then actually I thought what a good idea.

He also tweeted, “The dating apps weren’t working, so I bought a billboard and set up a website to stand out and try get a date.”

I’m at the billboard.

Regret not getting my haircut first.

Apart from that, Mark Rofe also mentioned his website named DatingMark.co.uk where the “applicants” can search and apply. Apart from that, he has a particular slogan, “One man, one billboard, one mission”.

Mark Robe is confident enough to praise himself. He has written a biography on his website in which he explains himself as “extremely handsome and modest”. Mark welcomes anyone interested in going on a date.

Surprisingly, another interesting fact is that Mark Rofe is receiving applications! He works in marketing and was amazed at the responses he got.

“I tried to make it funny so hopefully I don’t come across as a desperate loser.”