Gallup International Survey says that Turkish President Recep Tayyip Erdogan has been declared as the most popular Muslim political leader in the world.

The index reveals that Erdogan is the most popular Muslim leader in the world with a 30% ranking.

According to the index, Saudi Crown Prince Mohammad Bin Salman holds the second position in the ranking with a 25% rating whereas Iranian leader Hassan Rouhani holds third position with a 21% rating. 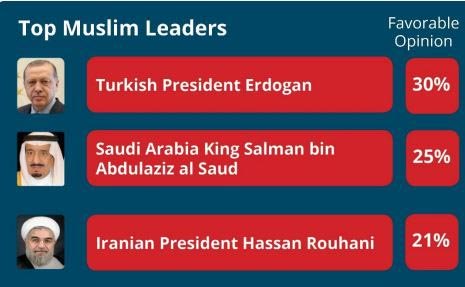 Apart from that, Gallup International has also declared Tayyip Erdogan as among the top five most popular leaders in the world.

Merkel of Germany is the top in the list with 46% ratings. French President Emanuel Macron in the second with 40%, followed by Putin with a 36% rating, Trump with 31% and Erdogan with 30%. There is a tie between Erdogan and British Prime Minister Boris Johnson.  All these leaders are top global leaders according to their popularity. 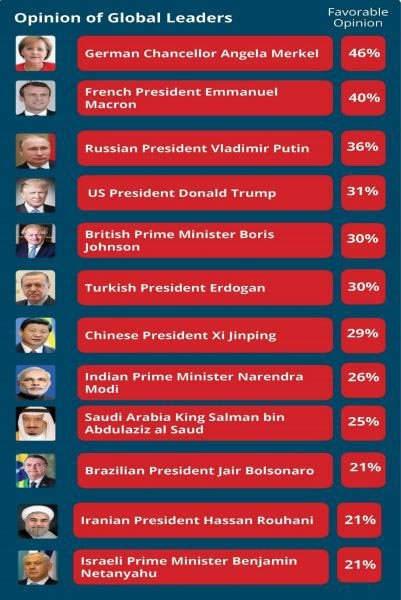 The Gallup International End of Year Survey (EoY) is conducted every year since 1977. It was led in 50 countries this time.

It was stated in Gallup International’s press release, “A total of 50261 persons were interviewed globally. In each country, a representative sample of around 1000 men and women were interviewed during November-December 2019 either face to face, via telephone or online,”-