Ivanka Trump, daughter of US President Donald Trump, arrived in the United Arab Emirates on Saturday, where she met with women entrepreneurs and was to meet Abu Dhabi’s crown prince.

Ivanka was in Abu Dhabi ahead of the two-day Global Women’s Forum in Dubai, where she was to give the keynote address on Sunday. 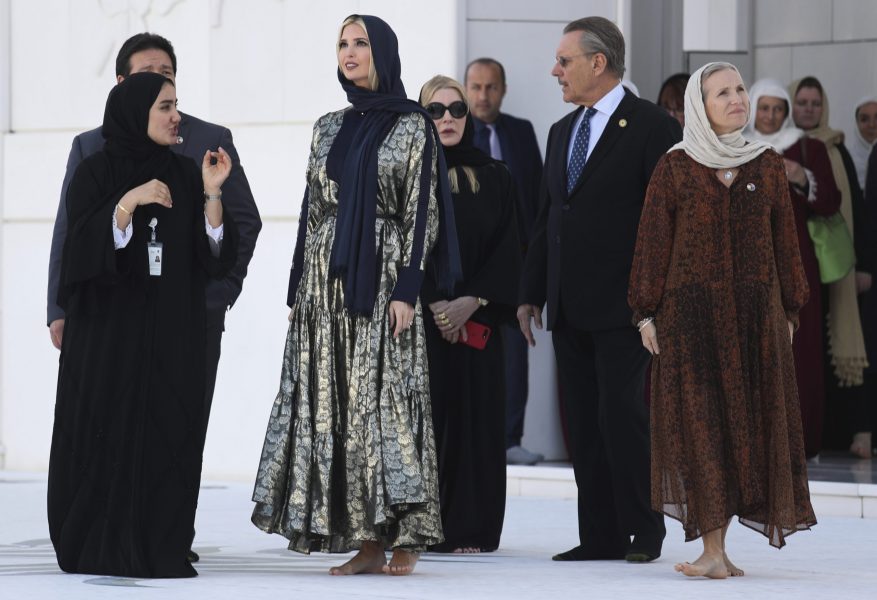 In Abu Dhabi, Ivanka met with women business leaders at the Louvre Abu Dhabi before touring the museum.

She later visited the Sheikh Zayed Grand Mosque, the largest mosque in the country. 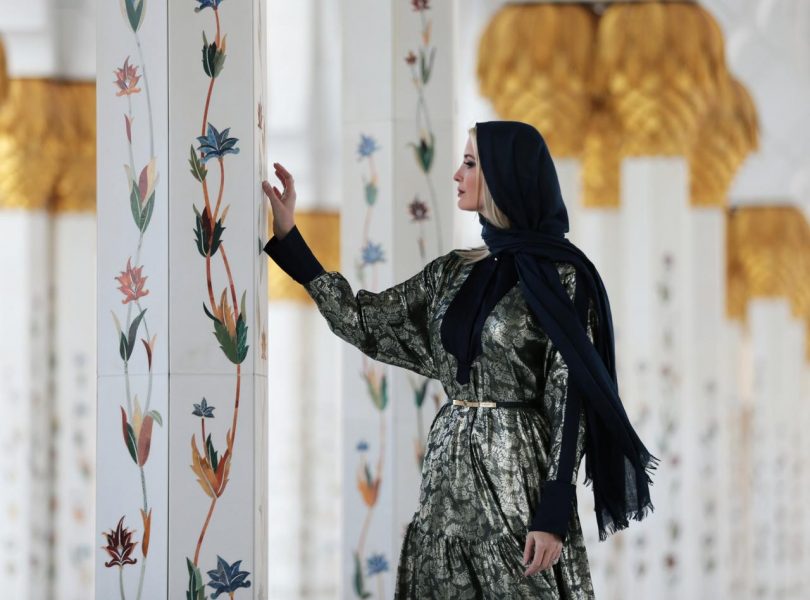 At the Louvre, Ivanka Trump discussed women’s economic empowerment in the UAE with businesswomen and government officials. 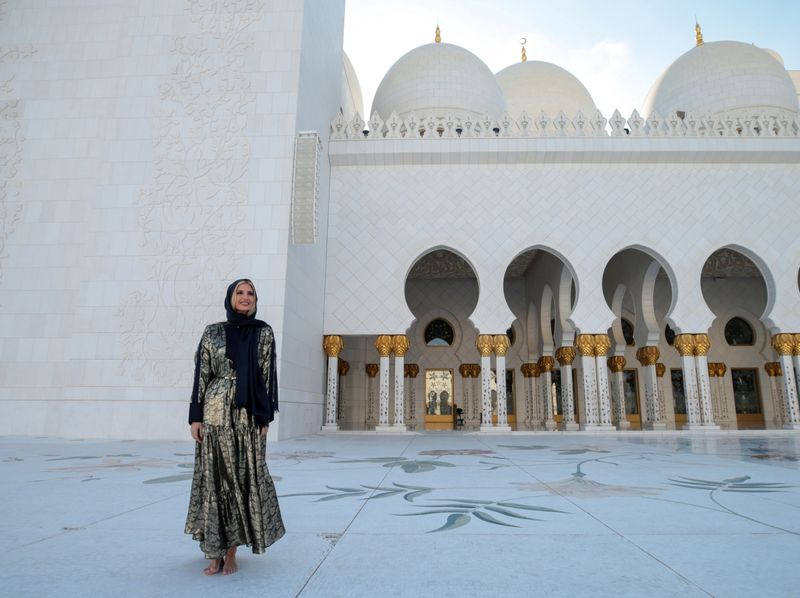 Walking the halls of the Jumeirah Al Naseem Hotel, Ivanka looked like a royal vision in her modest metallic dress.

The long sleeve tiered maxi dress (a Layeur’s Keys design) is being sold for AED3,270 on The Modist.

Earlier this week, Ivanka Trump announced that Sens. Lindsey Graham and Jeanne Shaheen are behind an effort to have her Women’s Global Development and Prosperity Initiative written into U.S. law.

The proposed legislation would make the economic empowerment of women a priority of U.S. foreign policy and ensure the initiative continues beyond the Trump administration.

Ivanka Trump said the legislation is a “long overdue goal.”

The Graham-Shaheen bill must pass both the Republican-led Senate and the Democratic-controlled House before the president can sign it into law.