An Indian college lecturer who was allegedly set on fire by a man accused of stalking her for months has died, a week after she was attacked on her way to work at a college in central Maharashtra state of India.

According to the hospital, the young lecturer was put on a ventilator on Friday, succumbing to her injuries on Monday.

The victim had sustained 40% burns to her body, with deep injuries on her scalp, limbs, back and face.

The alleged attacker has been arrested by the police who admitted his crime and said he used a stick soaked with petrol to set her alight.

Photo of the deceased: 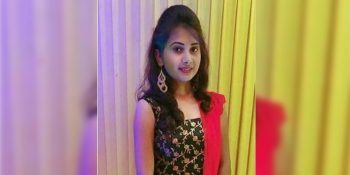 India: Teen girl raped and set ablaze by her uncle

Teacher’s family told the Police that the man had been harassing her for some time.

Several People held a march last week in the town of Hinganghat, where the crime occurred, where they demanded the death penalty for the accused.

The state’s home minister of Maharashtra Anil Vasantrao Deshmukh has expressed his condolences to the family and said  “this is an incredibly tragic incident and we are all very sad. We did everything we could to save her and I want the family to know that the state government is behind them,”  he told reporters.

Another incident of stalking was reported in the capital of India Delhi, last week. A police inspector is accused of shooting dead his female colleague on Friday.

An initial investigation alleged that the Police inspector had been stalking his colleague since eight months before shooting her dead.

As per the announcement of President Nayib Bukele, 150 more bitcoins (BTC)...

Why are Ripple investors bringing a lawsuit against Apple?

Apple was unsuccessful to screen one of its apps on AppStore and...