A 46-year-old Australian surfer died after being attacked by a shark on a popular Gold Coast beach.

The dreadful incident occurred on the beach in 62 years and despite protective “shark nets” and drumlines offshore.

The man was attacked at Greenmount Beach while surfing what is called the “Superbank”, one of the world’s best and most crowded site for an annual world surfing championship contest.

According to the details,  dozens of other surfers were there in the water at the time. There can often be hundreds in the water as the break is regarded as one of the safest in Australia. 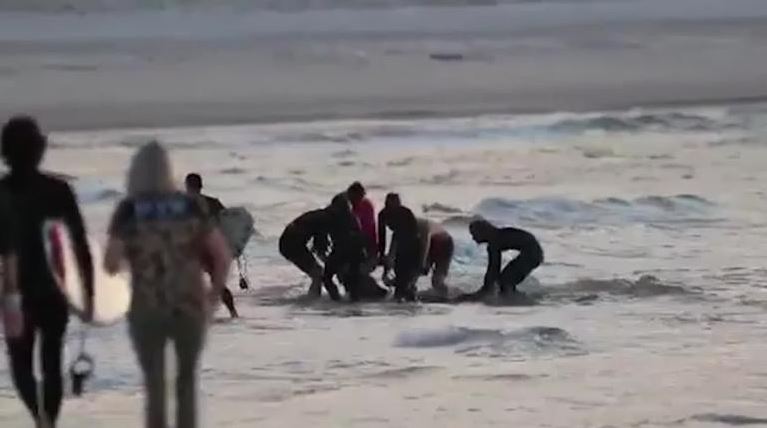 Other surfers took the man to shore, where he was treated for severe leg injuries.

According to police, “Around 5 pm the man was pulled from the surf suffering from a life-threatening leg injury. The man succumbed to his injuries at the scene.”

Beaches along the tourist strip Gold Coast have been closed.

Queensland Premier Annastacia Palaszczuk on Wednesday said a large tiger shark was trapped in safety nets off the beach, but it was unclear what type of shark was involved in the attack.

Australia will participate in large-scale military exercises off the coast of India...

An English novelist, Jill Paton Walsh died at the age of 83,...

US election 2020: Trump and Biden argue over final debate topics

US President Donald Trump and his opponent Joe Biden are arguing over...

The United States is considered to be the only superpower in the...

Recently, US President Donald Trump shook his legs during a Presidential Elections...