Mohammad Reza Shajarian, the legendary Iranian vocalist, passed away after a long period of illness, leaving the country in mourning.

Shajarian had been in intensive care in Tehran since and later, died of cardiac arrest aged 80.

His distinctive voice quavered to traditional Persian music on state radio for years and supported protesters after Iran’s contested 2009 election.

Many of his soulful songs became staples of Iranian households.

Born in the holy city of Mashhad, Reza Shajarian first discovered he had a talent for singing through reciting the Quran.

Rabana, one of his most famous songs, has for decades been compulsory listening for people waiting to break their fast at iftar during Ramadan.

However, about 20 years ago, the vocalist was diagnosed with kidney cancer.

In a public message in March 2016, he revealed he had been receiving treatment for years both inside Iran and abroad.

Iran’s culture and health ministers at the time announced they would follow his case, underlining his importance.

Moreover, Shajarian was also banned from performing in Iran. His shows abroad still attracted many Iranians.

Gathering outside the hospital

Days before his death, many of Shajarian’s fans gathered outside the hospital to sing his songs together and pray for him. 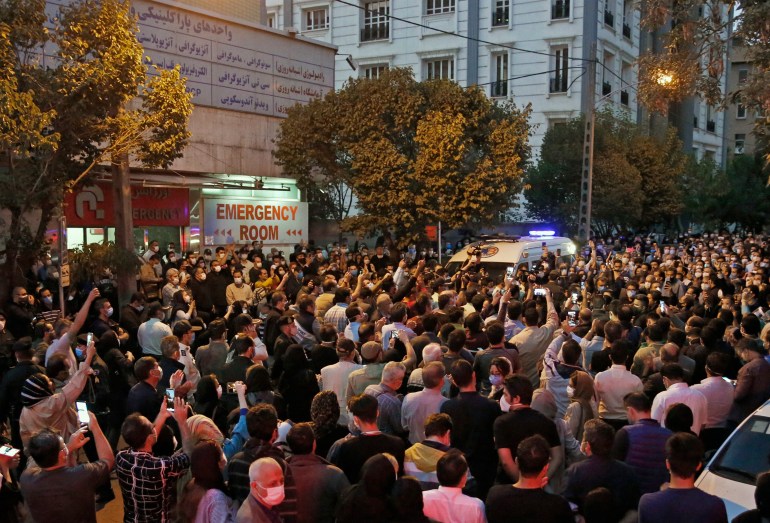 Persian social media immediately began flooding with messages of condolences and tributes to the late artist.

“The grateful people of Iran will certainly keep the name, memory and works of this popular artist alive in their minds forever,” Rouhani tweeted.

He also referred the maestro as one of the most memorable Iranian voices ‘who left a valuable heritage’.

Zarif called Shajarian “a great and true Ambassador of Iran, her children and – most of all – her culture”, he wrote in a tweet.

Javad Zarif also shared “Morgh-e Sahar”, one of the singer’s most popular songs.

Maestro Shajarian was a great & true Ambassador of Iran, her children and—most of all—her culture.

I extend my deepest condolences to Iranians across the world and partcularly to his loved ones.

At least eight children were killed and several were wounded after a...

President Donald Trump has carried out a three-state campaign blitz after voting...