In his remarks, FM Qureshi said Pakistan has always been supportive of the dialogue process for durable peace and stability in Afghanistan. 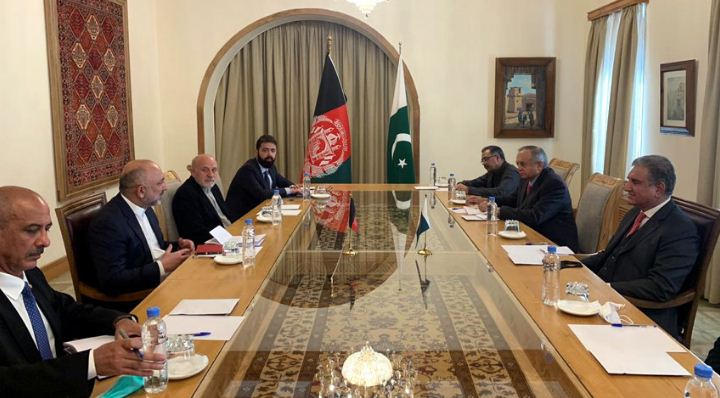 He noted that peace in Afghanistan is important for peace and stability of the region.

The transit trade and preferential trade agreements between Pakistan and Afghanistan will help promote the volume of trade and investment between the two countries, Qureshi added.

According to sources, the one-on-one meeting between PM Imran and the Afghan President discussed issues of mutual interest, including bilateral relations and the Afghan peace process.

Furthermore, Guard of honour was presented to the Prime Minister upon his arrival and the national anthems of the two countries were played during the reception.

Pak-Afghan trade and other issues of mutual interest were also discussed during the meeting.

Prime Minister Imran Khan has on Thursday arrived in Kabul to hold talks with the Afghan leadership on the entire spectrum of bilateral relations and the Afghan peace process.