The head of the Roman Catholic Church, Pope Francis lands into hot water after he liked a picture of model Natalia Garibotto, known for her racy pictures on Instagram.

The official handle of Pope Francis, liked a photograph of a bikini Brazilian model. The like was removed on November 14 and has prompted an investigation by the Vatican.

The skimpy picture of the Brazilian model by Francis’s like, has raised many questions by the social media users. 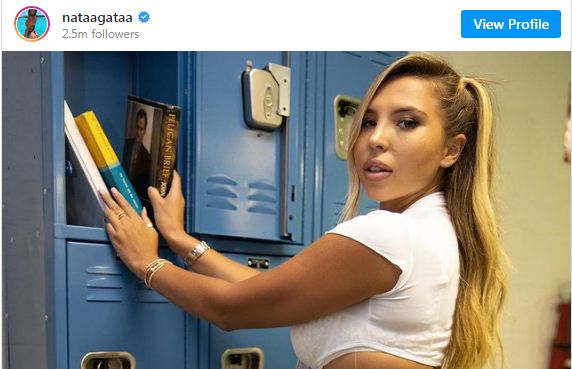 A spokesperson for the Vatican told that it was seeking answers from the popular social media app.

“We are studying what happened with the help of the competent office at Instagram,” said director of the Vatican Press office.

A team runs the pope’s social media accounts, but the Vatican believes the “like” came from an outside source.

Pope Francis, the spiritual leader of the papacy, for the first time...

“At least I’m going to heaven”

However, after the scandal, Garibotto’s management company seized the opportunity and promoted the model on social media.

“COY Co. has received the POPE’S OFFICIAL BLESSING,” the company wrote on Instagram.

Pope Francis, who has 7.4 million followers on the photo-sharing app, does not follow anyone.

Natalia Garibotto, who has 2.4 million Instagram followers, took the endorsement with pride.

“At least I’m going to heaven,” the model joked on Twitter.

Who is Natalia Garibotto?

A 27-year-old from Brazil is famous on social media where she posts racy images of herself and promises “even better content” on her website.

The picture that the Pope liked was captioned “I can teach you a thing or two.”

The United Arab Emirates is celebrating the country’s 49th National Day on...

What mistake did Obama make during his presidency?

On Tuesday, the Islamabad High Court (IHC) has extended the time for...

Former Cricket Captain Shahid Afridi has announced to fly back home in...