US Election 2020: Results and exit poll in charts

Results have begun appearing across the US and all focus is on the important battleground states that will decide the election.

Exit polls data is showing voters’ priorities and an indication of how demographic groups have cast their ballots.

According to BBC, figures are updated throughout election night but current estimates suggest the proportion of total voters who are white has fallen by six percentage points in 2016, while remaining the largest group by ethnicity.

An exit poll conducted by Edison Research says that four out of 10 voters nationally think the handling of the coronavirus pandemic in the US is “going very badly”.

A third of voters mentioned the economy as the issue with most concerned them. 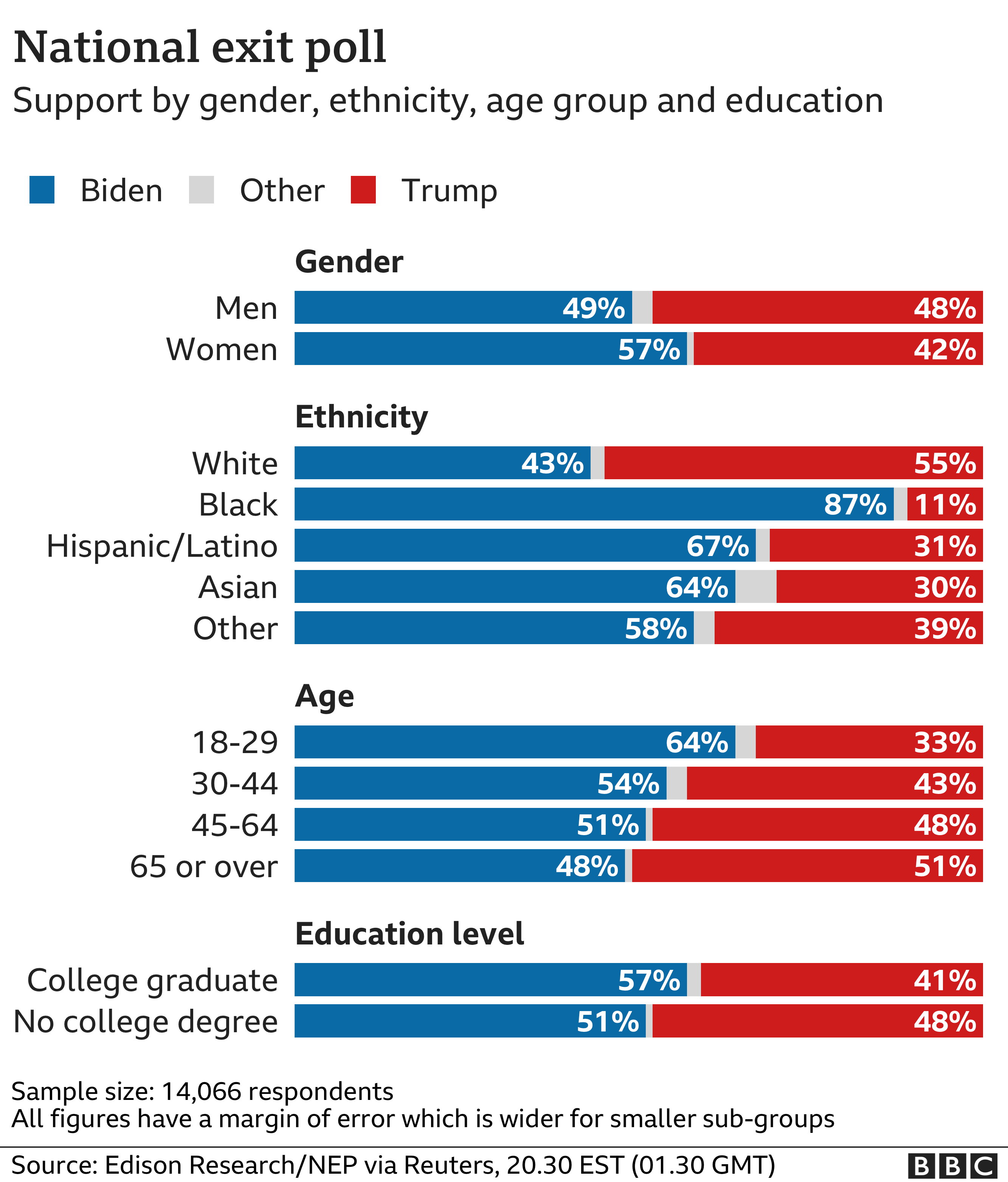 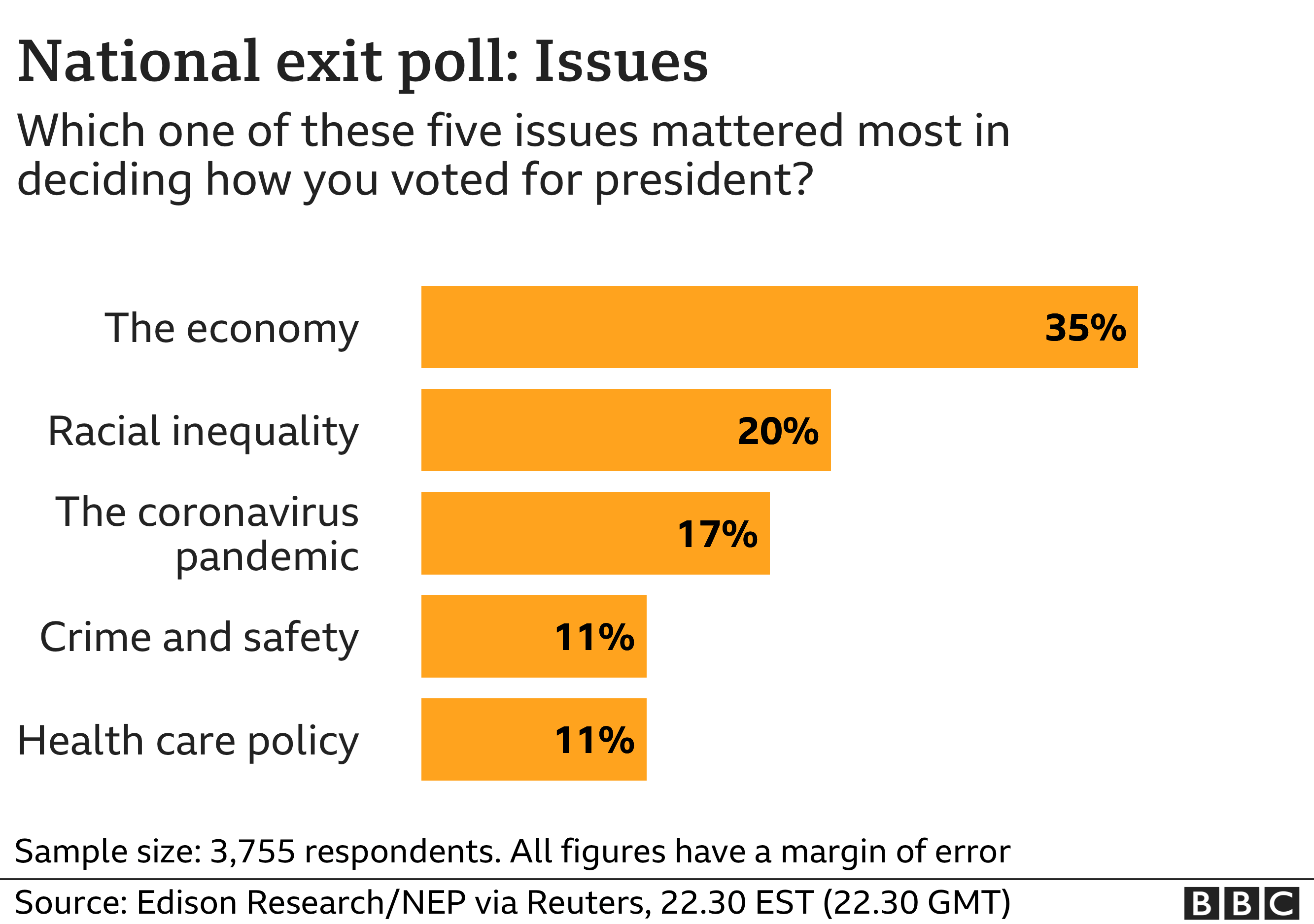 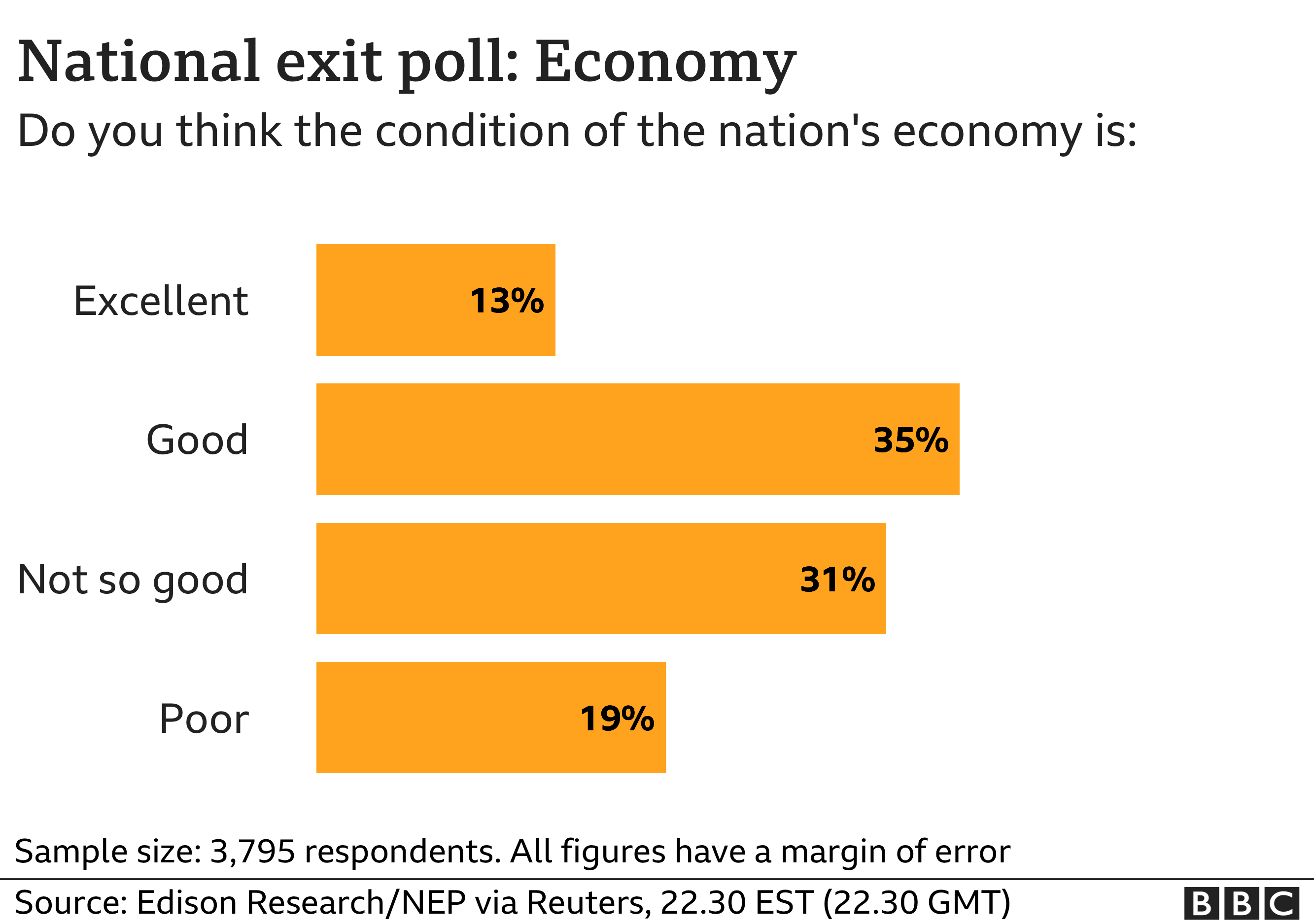 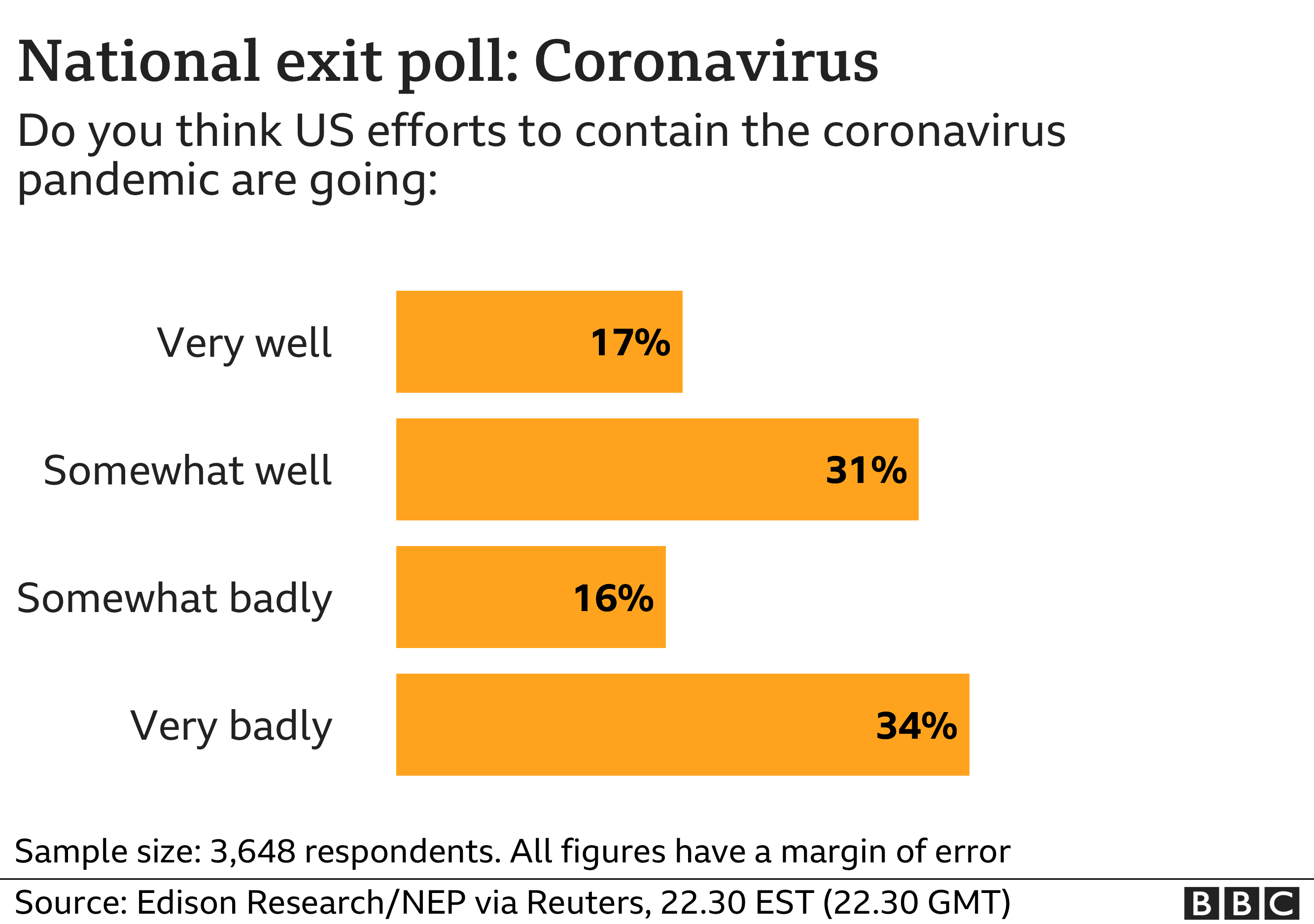 As per the initial results, Democrat Joe Biden’s Electoral Vote is 139 whereas Republican Trump’s votes are 116 so far.

On the contrary, Trump also managed to get 6 votes from the state of Ottawa

India: Court Terms Deaths Due To Lack Of Oxygen As Genocide

Courts in India have sharply criticized the central and state governments for...

London: Two Members of the Indian Delegation set to attend the G7...

After the Black Stone, Reasah Alharmain, the head of the administrative affairs...

Mohammad Ashraf Khan, aka Sehrai, chairman of Tehreek-e-Hurriyat and a lifetime aide...