A large and deadly expllosion rocked down the United States (US) city of Nashville early Christmas morning.

According to reports, the explosion had caused complete and heavy black smoke all around the surrounding areas in Nashville.

It was the result of a car bomb but there was no evidence of foul play, media reports said.

According to police, Fire crews were called immediately after the explosion. Three people have been rushed to hospital, police said.

There was a large police presence in the affected area along with fire crews. However, the incident is under investigation by multiple agencies.

Police and Tennessee Highway Patrol are conducting a shutdown of the area for the investigation. Access from the interstate through the immediate area will be restricted. 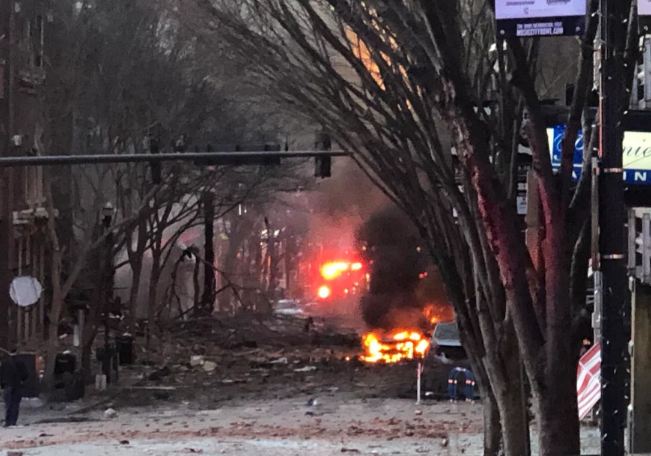 Dubai has issued new guidelines regarding travel protocols for all inbound passengers...

The newly elected Biden administration has paused the arms sales to Saudi...

A well-known cafe in the United Arab Emirates (UAE) has offered free...

Amidst the increasing COVID-19 rate across the globe, Bahrain will suspend dine-in...

The Pakistan Tehreek-e-Insaf (PTI) has prepared a constitutional package to honour the...

Singer Hadiqa Kiani is one of those celebrities who have not aged...

Can you guess which celebrity’s son he is ?

This picture is of Fahad Mustafa's son Musa. Fahad is one of...