People are being urged to prepare themselves for flooding, power cuts and travel chaos as heavy rainfall is set to lash many parts of England and Wales this week.

The Meteorological department has issued a warning of a ‘danger to life’ due to fast flowing and deep flooding. Homes and businesses are likely to be flooded, causing damage to buildings in some areas of the region.

It is reported that rainfall equivalent to two months could fall in a single day. Forecasters have issued both, yellow and amber weather warnings for the rainfall predicted. These warnings will come into affect from 6 am tomorrow. 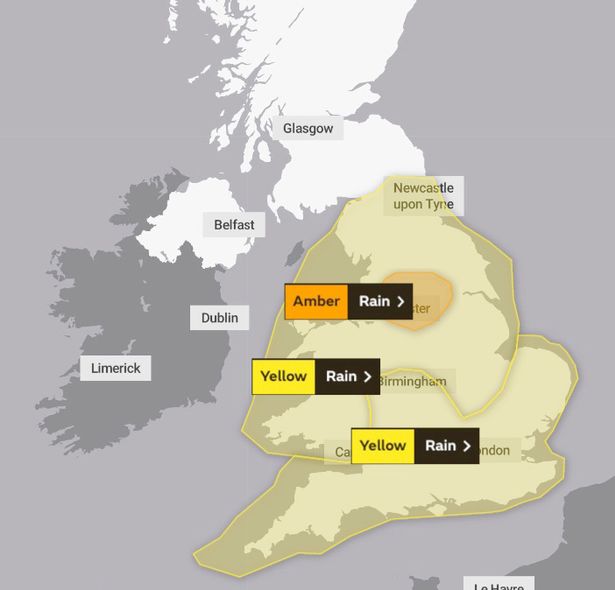 Areas such as Sheffield might face huge four inches of rainfall in just 36 hours – twice January’s average in the city.

There are also more than a dozen flood warning for many parts of England urging ‘immediate action’ for those in affected areas.

The Met Office also warned about delays and cancellations to train and bus services as well as ‘difficult driving conditions and some road closures.’

Communities may be cut off by flooded roads and power cuts due to which loss of services to homes and businesses is likely.

The more severe warning is centered around the Manchester area. Forecasters said that up to 200mm of rain could fall in Wales.

The Met Office said: “Several days of persistent and occasional heavy rain are expected to affect the region.”

“The heaviest and most persistent rain is likely to be across Wales and the high ground of northern England, Pennines.”

“By early Thursday, 30-60 mm of rain is expected to fall widely across the warning area, with 100-150 mm over the high ground of Wales and northern England. Up to 200 mm is possible across parts of north Wales.” 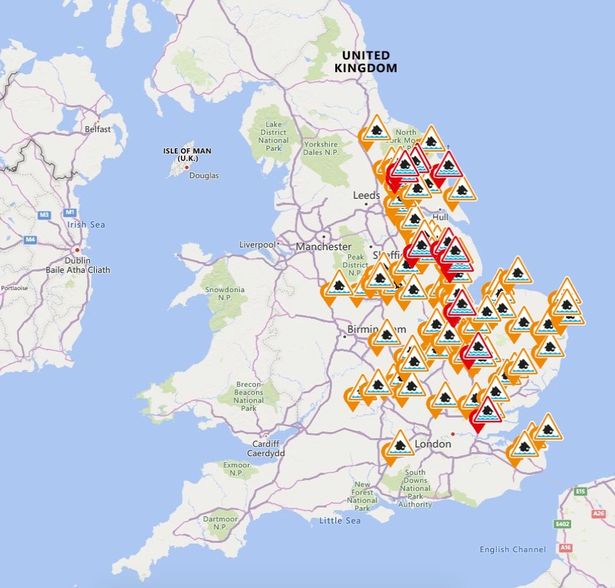 “Melting snow across higher parts of the Pennines may exacerbate the potential for flooding. Strong winds will also accompany the rainfall and may add to travelling difficulties across areas higher and more exposed routes.”

Additionally, the Environment Agency has 13 separate flood warnings in place across England, covering large areas of the East of England. The agency requires “immediate action” to be taken.

The weather warnings are due to end at 3am on Thursday.

Mayweather vs. Logan Paul set for the fight in February 2021

France's Sanofi to buy US Translate Bio for $3.2 billion

Mubadala to be title sponsor of GMIS, yet again

BEIJING: The so-called report on Covid-19 origin tracing by US congressmen is...

Faysal Quraishi, an actor of the Pakistan showbiz industry has tested positive...

KARACHI: The Federal Board of Revenue (FBR) on Tuesday issued a procedure...