Sheikh Hamdan bin Rashid Al Maktoum, Deputy Ruler of Dubai and Minister of Finance has passed away on Wednesday (today).

A 90-year-old Emirati poet details how he had the opportunity of attending Sheikh Hamdan’s wedding in 1989.

The renowned poet stated, “I have known him to be a humble man. He was a generous human being who loved to contribute to the welfare of the UAE, its citizens and expatriates. I have received the news of his death with great sorrow and sadness. He was a brother and friend to me.”

Poet Al Ain also has several snaps with Sheikh Hamdan framed on the wall of his home.

Sharing a photo with the late Sheikh, he detailed, “In this picture, I was reciting a poem for the late Sheikh Hamdan on the occasion of his wedding,” said the poet.

Al Ahbabi is seen reciting the poem for Sheikh Hamdan. Take A Look: 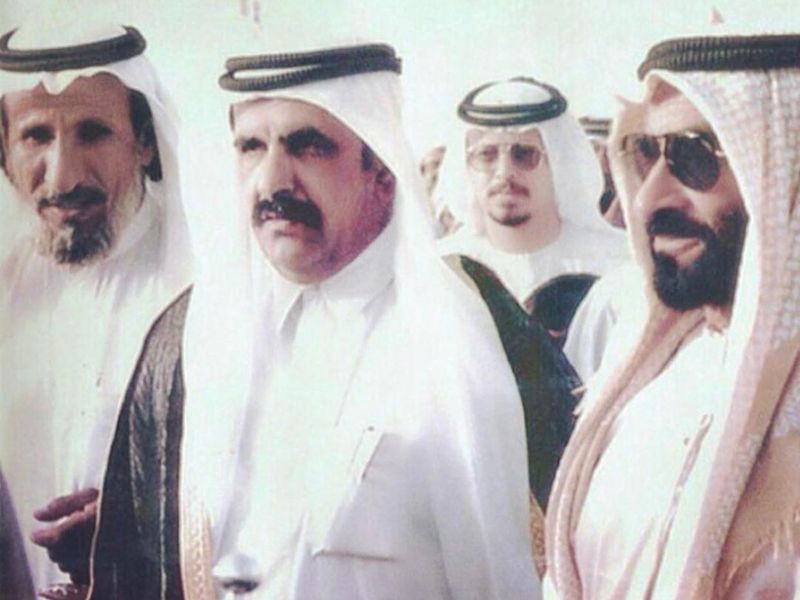 On the other hand, Sheikh Mohammed bin Rashid Al Maktoum, Vice President and Prime Minister of UAE and Ruler of Dubai, announced the news and posted a photo of his brother on Twitter.

He wrote, “We belong to God and Him we shall return…May God have mercy on you, my brother, my support and my companion.”

The UAE President, His Highness Sheikh Khalifa bin Zayed Al Nahyan, has declared a three-day mourning period over the death of Sheikh Hamdan.

Sheikh Khalifa has also ordered the flag to be raised next Saturday, March 27.

He also expressed condolences and sympathies to the Al Maktoum family.

Sheikh Hamdan, 75, took the position of ‎Minister of Finance since the first formation of the Cabinet in December 1971. He chaired government entities including Dubai ‎Municipality, Al Maktoum

Bitcoin (BTC) and cryptocurrencies have shattered in value over the previous year,...

Apple however still remains sued for damages caused by a supposedly fake...

John Paulson: ‘I wouldn’t recommend anyone invest in cryptocurrencies’