Huge protests intensified after a black man, Daunte Wright was killed in a traffic stop in the US city of Brooklyn Center, near Minneapolis here on Monday.

A curfew imposed amid fierce demonstrations after a 20-year-old Daunte Wright was shot dead by Brooklyn police.

The incident happened when police officials were trying to arrest the man.

Moreover, Brooklyn Center has shut all school buildings, programmes and activities for Monday. 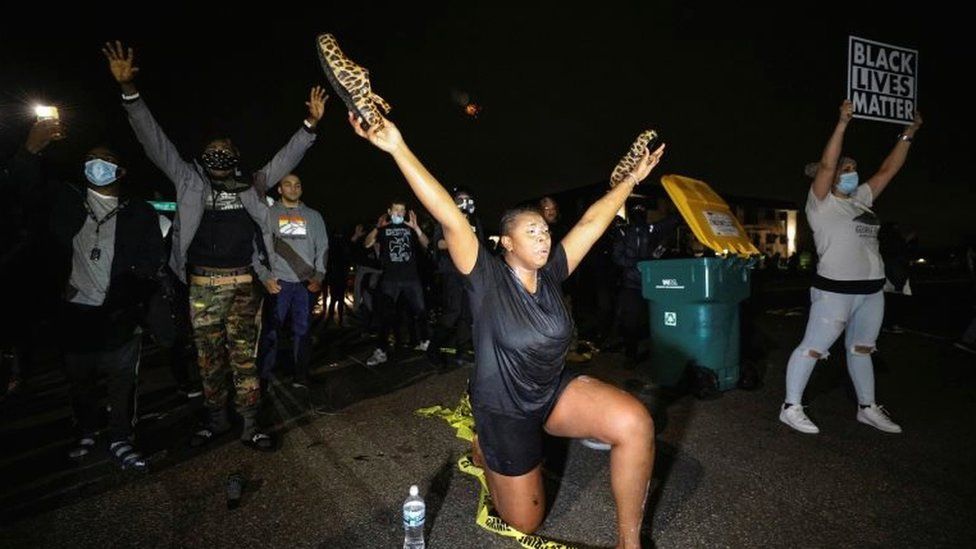 According to Tim Gannon, “As I watch the video and listen to the officer’s command, it is my belief that the officer had the intention to deploy their Taser but instead shot Mr. Wright with a single bullet.”

“This appears to me from what I viewed and the officer’s reaction in distress immediately after that this was an accidental discharge that resulted in the tragic death of Mr. Wright,” he added.

On the other hand, Daunte’s mother, Katie Wright told that “Wright called her to say he had been pulled over by police. She said she heard officers tell her son to put his phone down, and then the call”.

“He got out of the car and his girlfriend said they shot him,” she said. “He got back in the car and he drove away and crashed and now he’s dead on the ground… Nobody will tell us anything. Nobody will talk to us… I said please take my son off the ground.”

The US Congresswoman Ilhan Omar is deeply grieved over this heinous act and strongly condemned the boy’s killing.

Furthermore, tensions in Minneapolis are extraordinary as the trial of a former officer involved in George Floyd’s killing takes place.

Israeli medics said the stands at a West Bank synagogue has collapsed,...

Cyclone Tauktae, to be one of the strongest storms, is all set...

Does Bill Gates’ extra marital affair With Employee Led To His Divorce?

World’s third-richest man Bill Gates, who had announced his divorce with wife Melinda...

US Dollar Rate Increased Against PKR On 17th May 2021

The US Dollar decreased on the first day of the trading week (May...