In Pictures: Here Is How Queen, Mourners Bid Farewell To Prince Philip

Prince Philip, The Duke Of Edinburgh has been laid to rest today with all the Royals dressed in mourning black and a black face mask at Windsor Castle.

A military gun was shot to signal the start of the overwhelming tribute, which was witnessed across the country.

The last rites with just 30 mourners took place and the rest of the public requested to stay away following the deadly pandemic outbreak.

Naval Cap And Sword On Top Of Coffin

The Duke of Edinburgh‘s coffin was decorated with a wreath of flowers chosen by the Queen and his Admiral of the Fleet Naval Cap and sword. 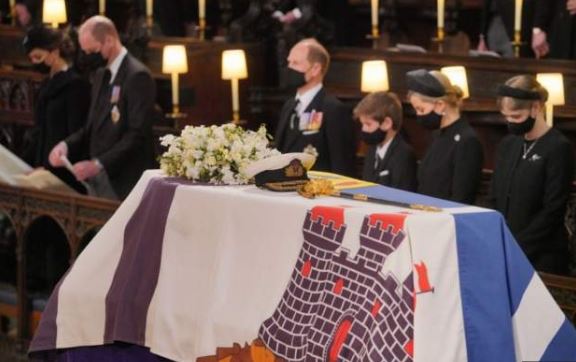 Almost 120 Palestinian homes have been demolished, dozens of families face the...

The third wave of corona virus infection has informally arrived in South...