Good news for Pakistani exiles living in the United Arab Emirates (UAE) as they no longer have to pay massive fees to renew their passports anymore after the government has slashed cost by 50%.

Pakistan missions in the UAE have started distributing passports on reduced fees from March this year.

In February, the Pakistan government had announced to lessen the passport fees this year to facilitate the people especially the blue-collar workers.

“Yes, we have started implementing the reduced passport renewal fees from last month,” a senior official at the Pakistan Consulate General told.

He said that applicants coming to the UAE can now get their passports renewed after paying only 50% of the fee.

According to the new directives of the Directorate General of Immigration and Passports in Pakistan, “A passport issued for five years with a total number of 36 pages will now cost D85 instead of Dh150 while the fee for the urgent passport will be Dh140 instead of Dh250. The regular fee for the 100-page passport has been reduced from Dh300 to Dh170 while the urgent delivery fee has been reduced from Dh600 to Dh335.” 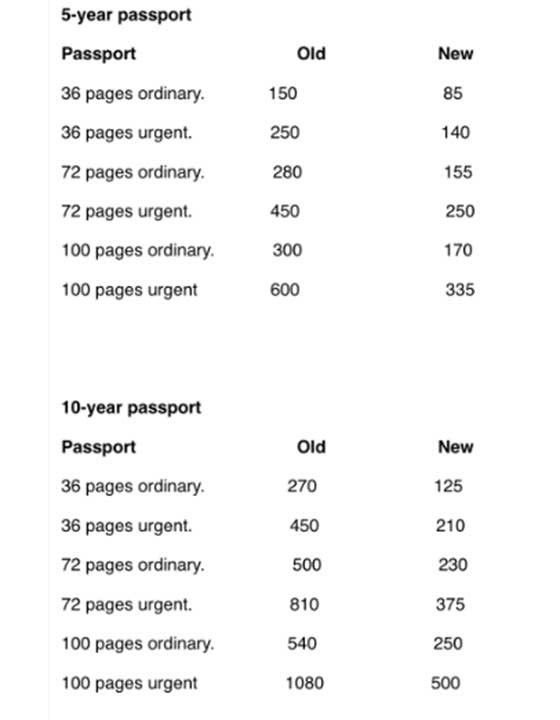 Interior Minister Sheikh Rasheed Ahmed said an SMS service is being launched to inform people six months prior to the expiry of their passports.

Pakistanis wishing to travel to the Middle East will be issued a passport for ten years, the minister said. He added that home delivery of passports is being started in Islamabad and Rawalpindi.

He further said the process of visa issuance to the Chinese nationals working on CPEC projects will be made easier.

Rasheed told the media that he has directed to shorten the ECL and the blacklist as there are one hundred thousand people on the blacklist.

He said only those elements involved in criminal and anti-state activities should be mentioned in the list.

How to renew your Pakistani passport online

The Government of Pakistan has introduced a new Online Passport renewal service...