Protests Held Across Britain To Voice Support For Palestine

On Saturday, thousands protested against Israeli airstrike on the Gaza strip in London and other cities of the United Kingdom.

In the march, the protesters called for sanctions on Israel. Many in the protests were draped in Palestinian flags and fired green and red smoke flares. Other carried placards with “Free Palestine”, “Stop bombing Gaza” and “Sanctions on Israel” written on them. 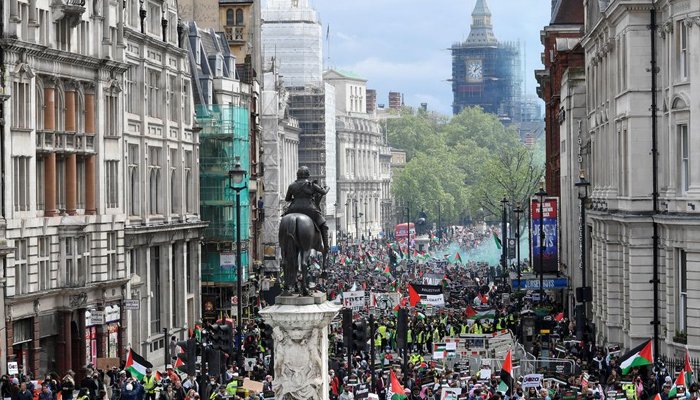 A ceasefire agreement has been reached between Israel and Hamas after 11 days of fighting that wreaked havoc in the Gaza Strip and disrupted life in Israel.

According to the international news agency, after the ceasefire, celebrations were heard on the streets of Gaza, with car horns being blown and a few aerial shots fired as crowds took to the streets in the occupied West Bank.

Egypt negotiated a ceasefire following international pressure to halt the bloodshed that began on May 10. 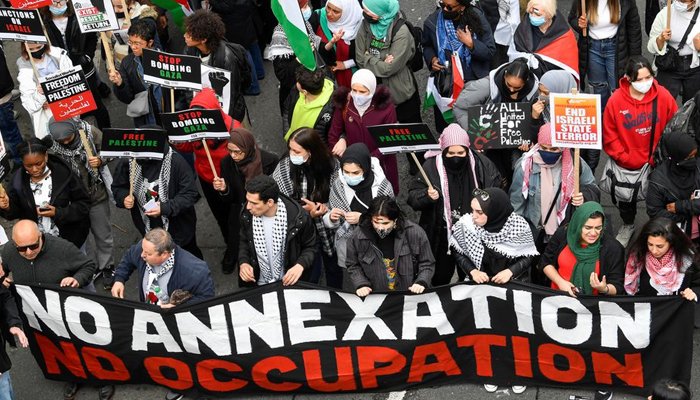 According to a report by the British news agency Reuters, due to the fighting, many Palestinians in Gaza could not celebrate Eid al-Fitr, so on Friday, postponed Eid al-Fitr meals were held in Gaza.

Half of the Israeli radio stations that were constantly broadcasting news and commentary resumed playing music and songs.

However, both sides said they were ready to respond to the other side’s ceasefire violation.

Tensions have been running high in the Sheikh Jarrah neighborhood of East Jerusalem since an Israeli court ordered the eviction of Palestinian families. 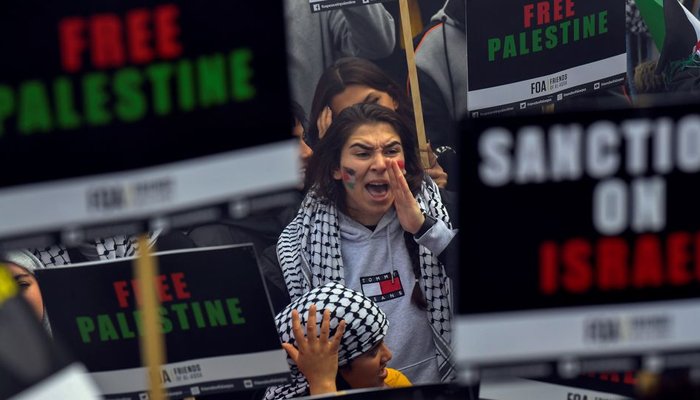 Israeli army and Hamas came face to face on May 10 after Israeli police stormed the Al-Aqsa Mosque during the month of Ramadan.

The escalation resulted in airstrikes by Israel on Gaza, which has left at least 230 Palestinians, including 65 children, have been killed in Israeli bombings. Many buildings have been demolished and thousands of Palestinians have been forced to flee their homes. 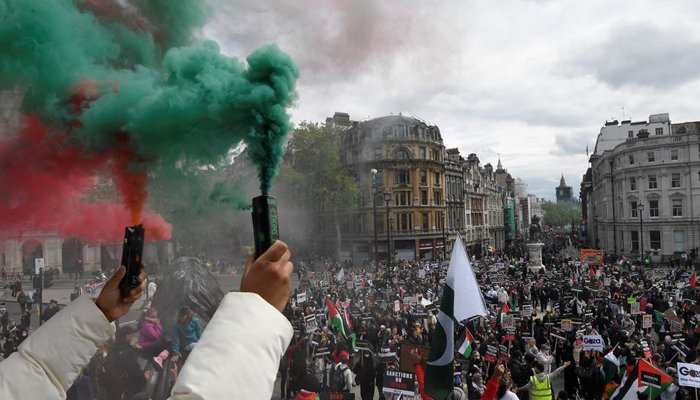 The Israeli military says more than 4,000 rockets have been fired by Hamas. The rockets have killed 12 people in Israel.

When And How Did Israel Occupy Palestine, Human Cost Of Illegal Occupation

The Zionist state of Israel launched atrocities and attacks on the Palestinians...