Pakistan among top 10 in ‘most improved’ business environment: report

Kate Middleton was all smiles as she attended the women’s Wimbledon final, won by Ash Barty, with Prince William after coming out of self-isolation.

The Duchess of Cambridge Kate Middleton glowed as she presented Ashleigh Barty with the trophy following her triumph over Karolina Pliskova at Centre Court.

She later congratulated the pair on Twitter for playing an ‘incredible match’.

What an incredible match and performance by both athletes!

“It was amazing to see the atmosphere and support from the fans echoing through centre court once again,” they added. “Well done to Wimbledon and the staff on continuing to make the Championships such a special event.”

It was amazing to see the atmosphere and support from the fans echoing through centre court once again #Wimbledon pic.twitter.com/2E0Vb6wdRg

Kate, who is a sponsor of the All England Lawn Tennis and Croquet Club (AELTC), wore an emerald green dress and floral face mask as she sat with Wills in the Royal box. 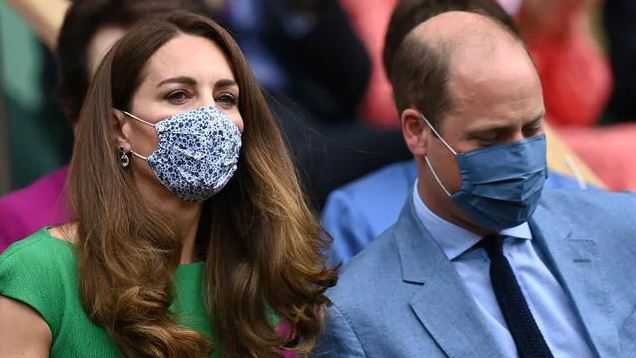 The top-seeded Barty adds this championship to the one she won at the French Open in 2019.

“This is incredible,” said Barty, in tears. “It took me a long time to verbalise, to dare to dream it and say it.”

After climbing up into the stands to hug her team, she told the Centre Court crowd: “I didn’t sleep a lot last night. I was thinking of all the what-ifs. I hope I made Evonne proud.

“I have to thank every single person in this stadium. You’ve made my dream so special,” she said.

Barty, who acquired the junior Wimbledon title in 2011, has become the fourth woman in the Open era to go on to also lift the women’s title after Britain’s Ann Jones, Swiss Martina Hingis and France’s Amelie Mauresmo.

She has been sporting a scallop-hem dress in tribute to Goolagong Cawley, her idol, friend and mentor on her 50th anniversary.

Board of Investment, Bahrain’s EDB to sign deal to boost trade

KARACHI: The Tax authorities, in a move to give relief to the...

KARACHI: The cargo motor vessel Heng Tong 77 that ran aground to...

Two bodies have been found above K2's Camp 4 just below the...