Hajj 2021 : Pilgrims participating in Hajj rituals followed COVID SOPs and health measures spread across all holy sites as the Saudi Ministry of Health (MoH) announced no coronavirus (COVID-19) infections or other illnesses among pilgrims.

Only 60,000 vaccinated residents and citizens of the Kingdom were allowed to participate in Hajj this year. 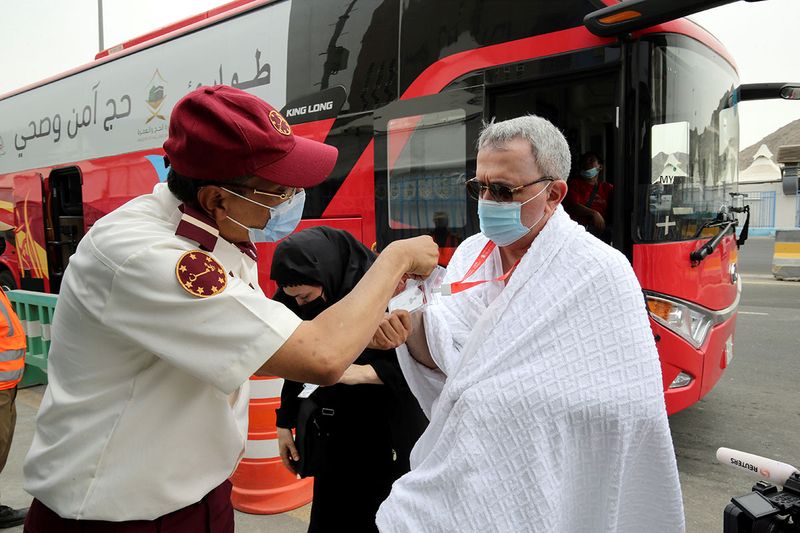 An official checks the ID and permits of pilgrims as they arrive in the Mina area for the annual Haj pilgrimage, in the holy city of Mecca, Saudi Arabia. It is the second consecutive Haj limited to domestic pilgrims due to the coronavirus pandemic. 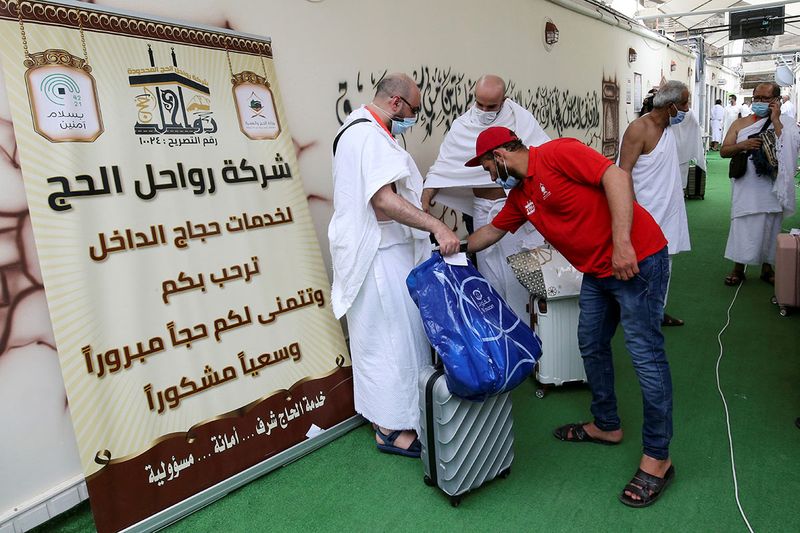 Pilgrims stand with their luggage as they arrive in the Mina. About 60,000 Muslims, selected by the authorities from 558,000 registered ones, will take part in the 2021 Haj season. 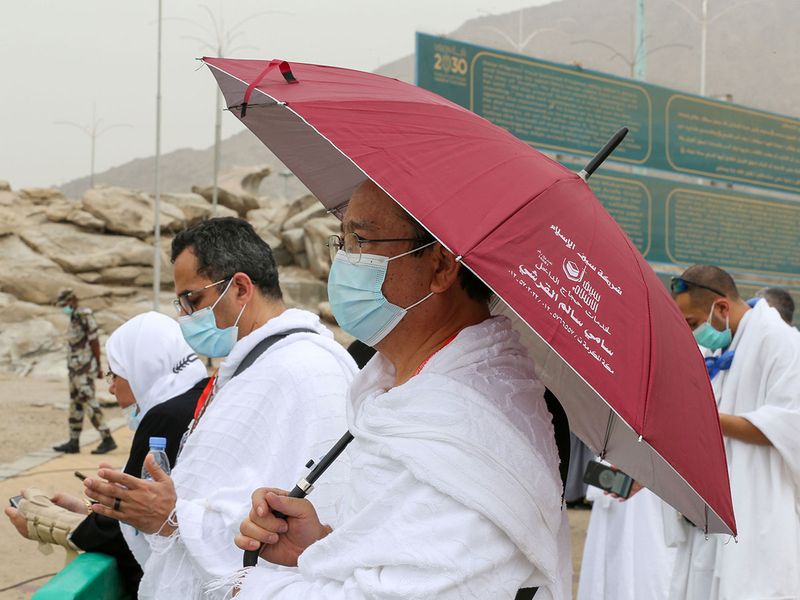 Muslim pilgrims ascended Saudi Arabia’s Mount Arafat on Monday in the high point of this year’s hajj, being held in downsized form and under coronavirus restrictions for the second year running. 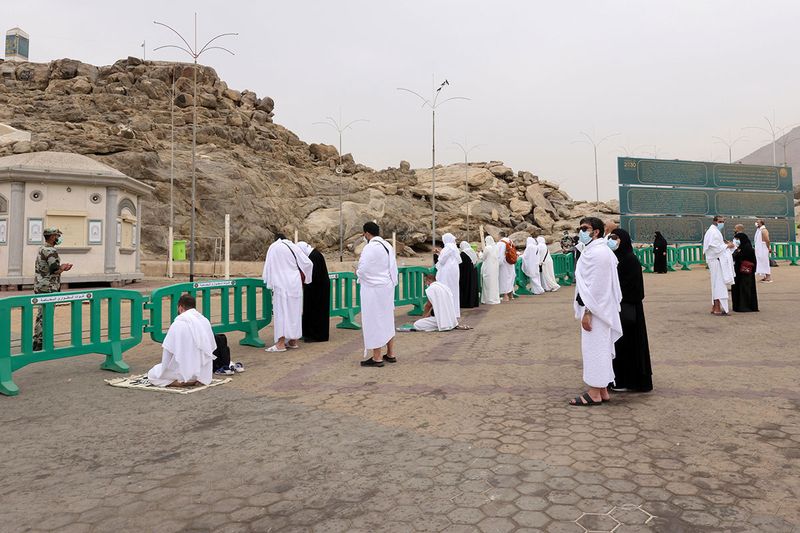 Muslim pilgrims gather at the plain of Arafat during the annual Haj pilgrimage. The mask-clad faithful, who had spent the night in camps in the Valley of Mina, converged on Mount Arafat . Mount Arafat is the site where Prophet Mohammad (PBUH) gave his farewell sermon. Arafat day occurs the day before the start of Eid Al Adha. 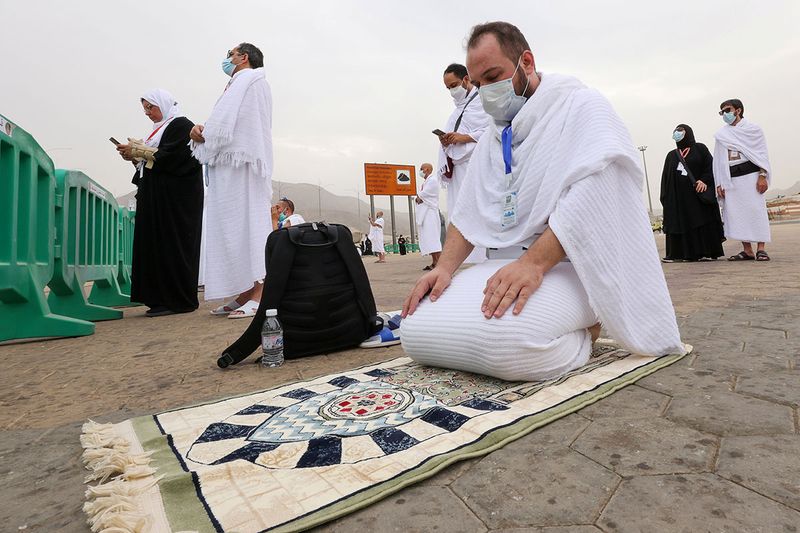 Worshippers will assemble on the 70-metre (230-foot) high hill and its surrounding plain for hours of prayers and Quran recitals to atone for their sins, staying there until the evening. 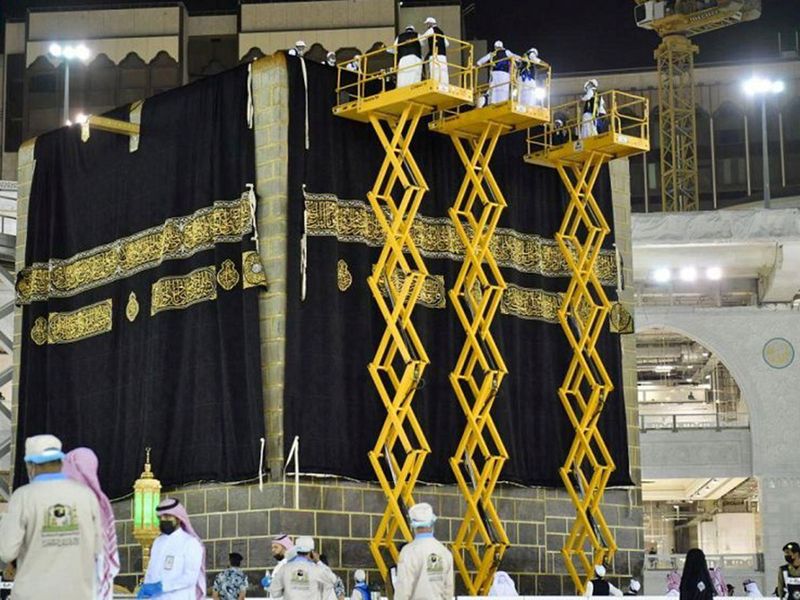 The Kaaba represents the metaphorical house of God and the oneness of God in Islam. 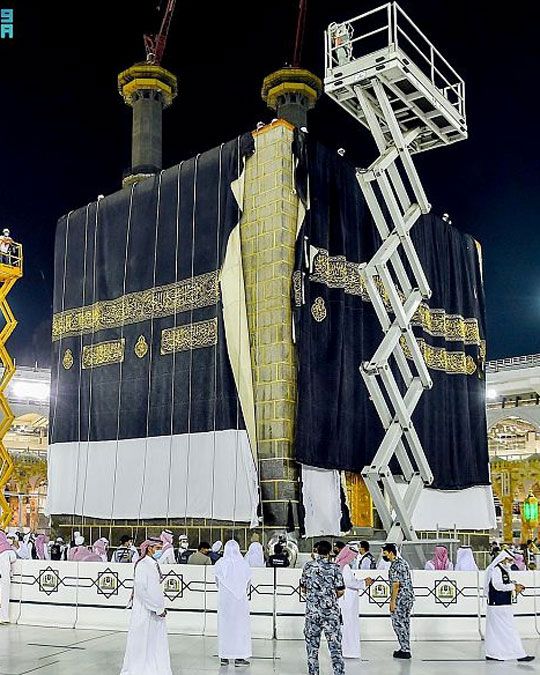 Observant Muslims around the world face toward the Kaaba during their five daily prayers.