WASHINGTON – The US stated on Monday that COVID-19 limitations for fully vaccinated flying travelers from 33 nations, including China, India, Brazil, and most of Europe, will be lifted in November.

As the virus spreads, the unprecedented restrictions have kept relatives, friends, and business travelers isolated for months.

The relaxation of travel restrictions, which were imposed by Donald Trump 18 months ago when the COVID-19 outbreak first broke out, represents a dramatic reversal by Biden and responds to major demand from European partners at a time when diplomatic relations are tense.

Many measures will remain in place to prevent the virus from spreading, which has already killed over 675,000 Americans and has resurfaced after what many thoughts was a long-term decline earlier this year.

“Most importantly, foreign nationals flying to the US will be required to be fully vaccinated,” Zients stated.

It was unclear whether the new rule just applied to vaccinations approved in the US or if other brands, such as those made in China or Russia, would also be eligible. The US Centers for Disease Control and Prevention, according to Zients, will decide.

Vehicle movement restrictions from Canada and Mexico will remain in effect.

Passengers will be required to produce proof of full vaccination before boarding planes heading for the United States, as well as proof of a negative COVID-19 test done within three days, according to Zients.

Americans who have not been completely vaccinated will be allowed to enter, but only if they test negative within a day of departure.

On flights headed for the United States, masks will be required, and airlines will disclose contact tracing information to the US health authorities.

“This new international travel system is based on science to ensure the safety of American international aviation travel,” Zients explained.

Families and friends can reunite once again

Many families and friends will be reunited as a result of the shift, sometimes after over two years apart. 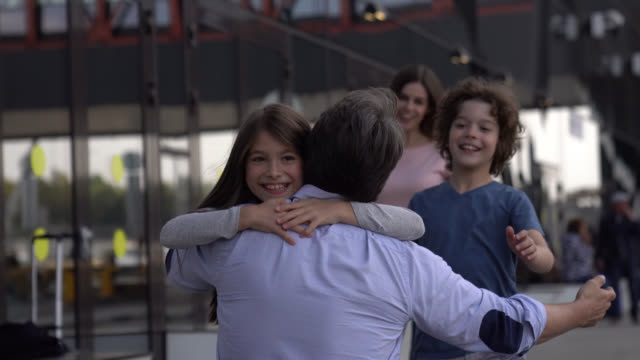 Phil White, a British entrepreneur who lives in San Francisco, told AFP that his daughter is planning a trip to the United States in November.

“We’re going to be together for Thanksgiving as a family, which is incredible,” he added, adding that he hadn’t seen his daughter in 18 or 19 months.

“As everyone can guess, that has been extremely tough for us,” White added.

The easing of the near-total prohibition was warmly welcomed by British and German officials. “Great news,” said Germany’s ambassador to the United States.

Airlines, which have suffered greatly as a result of the pandemic closure, have applauded the announcement.

Airlines For Europe, a trade group, projected “a much-needed boost to trans-Atlantic traffic and tourism, as well as the reunification of family and friends.”

While it was widely predicted that Biden would reopen borders between the European Union and the United Kingdom, the statement has global implications.

Most European countries currently only allow US citizens, residents, and visitors with specific visas to enter the country.

Thierry Breton, the European commissioner for the internal market, told AFP in Washington that he hopes the policy would be expanded to cover the AstraZeneca shot, which is used in several European countries but has not been approved by US health officials.

According to Breton, Zients “sounded upbeat and enthusiastic” when he spoke with him.

The ban has enraged both EU and British officials. The European Union suggested on Monday that member states reimpose restrictions on American travelers who were previously allowed to enter if they were vaccinated.

Given Europe’s high immunization rates, Breton claimed the limits “no longer made any sense.”

Biden’s announcement comes on the day of his annual UN General Assembly speech in New York, where the pandemic is expected to be the main topic.

It also comes as a result of a fierce feud between Washington and Paris over Australia’s abrupt decision that it will buy US-built nuclear submarines as part of a new defense alliance, rejecting a prior French deal for conventionally powered submarines.

“This is genuinely driven by science,” a State Department official said, denying that the decision to travel was made to calm ruffled French feathers.

According to authorities, Pakistan has banned unvaccinated people from domestic air travel...

Pentagon chief sidesteps issue of US 'commitment' to defend Taiwan

US Defence Secretary Lloyd Austin said Friday the Pentagon would continue to...

U.S. urged to honor commitment to China on Taiwan question