Gliding in a circle with their weapons pointed inwards, and lifting and lowering the guns in unison, the 20-member unit clad in black undergoes rigorous training.

Farrukh Ali, chief of the unit, detailed that officers on rollerblades could more easily chase thieves on motorcycles through the city of 20 million.

“We felt we needed to come up with an innovative approach to control street crime,” he said.

However, Shaniera Akram, wife of legendary cricketer Wasim Akram takes to Twitter to suggest that it would be better to fix the poor road conditions of Karachi first.

“Wouldn’t it be wiser to fix the roads of Karachi first, then put our police on Rollerblades?” she wrote.

Wouldn’t it be wiser to fix the roads of Karachi first, then put our police on Rollerblades??

The rollerblading police are expected to begin officially next month, but they were recently spotted outside the venue of the Pakistan Super League cricket tournament.

And they have already begun patrolling Karachi’s bustling beachfront. 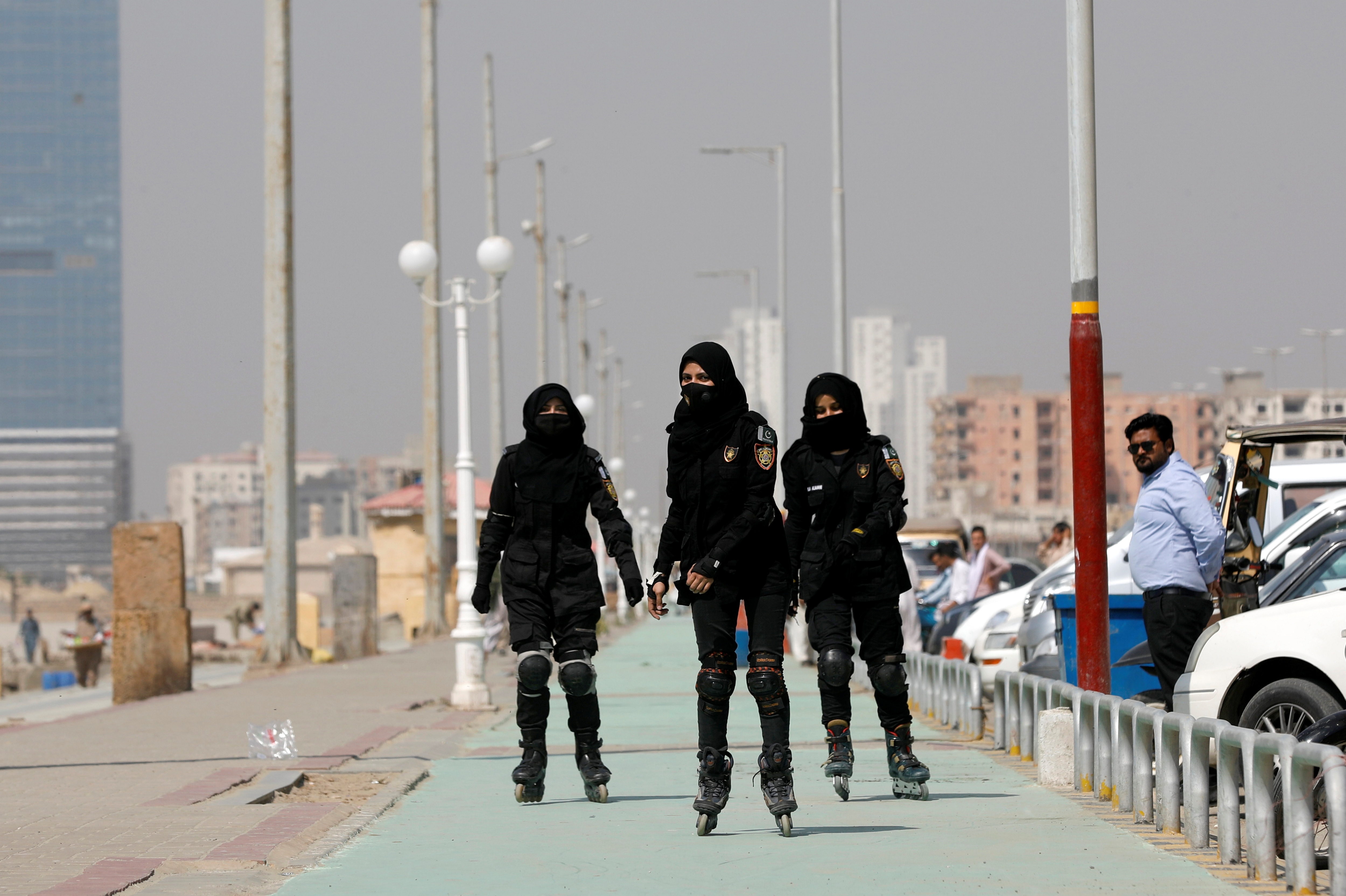 Karachi traders have decided not to close shops at 8 pm against...

The traders of Pakistan's economic hub Karachi have rejected the new business...

Police in Karachi have claimed to have arrested the son of Rehman...

Karachi To Receive Additional 450 MW Of Electricity In Summers

The federal government has on Saturday (today) announced an additional 450 Megawatt...

A blast has occurred near the Sindh Rangers vehicle in the Orangi...