India is following the tactics of authoritarian regimes: The New York Times

The US based news outlet New York Times says, to suppress freedom of expression in the country.

The report of NY Times about the brutalities of India and censorship in the country is written by Jeffrey Gettleman, Vindu Goel and Maria Abi-Habib. To the report visit the given link:

India Adopts the Tactic of Authoritarians: Shutting Down the Internet

“India tops the world  by far in the number of internet shutdowns imposed by local, state and national governments. Last year, internet service was cut in India 134 times, and so far this year, 93 shutdowns have occurred, according to Software Freedom Law Center, India (SFLC). In, which relies on reports from journalists, advocacy groups and citizens.” report said.

When talking about the Kashmir issue and a so called ‘world’s biggest democracy’ the report said’, “These moves come as Prime Minister Narendra Modi tightens his grip on India. His administration and its allies have jailed hundreds of Kashmiris without charges, intimidated journalists, arrested intellectuals and suppressed gloomy economic reports. His critics say he is undermining India’s deeply rooted traditions of democracy and secularism, and steadily stamping out dissent.” 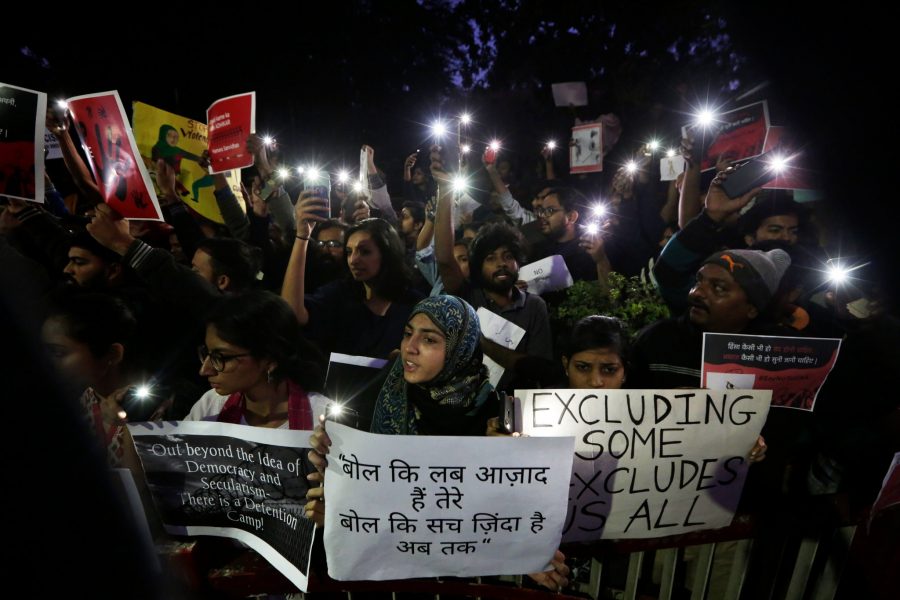 Be clear that tension remained high at the epicenter of the unrest in Assam state’s biggest city, Guwahati, with a fresh demonstration expected on Sunday over the legislation even as some shops opened amid an easing of the curfew during the day.

The legislation, passed by the national parliament, allows New Delhi to grant citizenship to millions of illegal immigrants who entered India from three neighboring countries on or before December 31, 2014 – but not if they are Muslim.

In Assam, three people died in hospital after being shot, while another died when a shop he was sleeping in was set on fire and a fifth after he was beaten up during a protest, officials said.

Train services were also suspended in some parts of the east on Sunday after violence in eastern West Bengal state, with demonstrators torching trains and buses.

Earlier in October, the US outlet New York Times in its report they said that lock-down in Indian occupied Kashmir (IoK) is increasing anger and misery among the Kashmiris, as the military siege enters 58th day on Tuesday.

The Indian atrocities in the held valley are being exposed by the international media like the New York Times has said the flash-point region of Kashmir has been locked down from nearly two months.

Soldiers have ordered people to stay inside their homes or they will be shot, whereas people can’t get to the hospital, they can’t communicate with their loved ones and routine life remains paralyzed in occupied Kashmir, the report said.