Karachi: The first street library of Karachi has been inaugurated in the city of lights surrounding the Metropole building on the birthday of Pakistan’s founder Muhammad Ali Jinnah (DEC 25) on Wednesday.

For the purpose, the Karachi Commissioner’s Office has decorated the wall surrounding the Metropole building with portraits of Pakistan’s founder Muhammad Ali Jinnah, his sister Fatima Jinnah, celebrated poet Allama Iqbal, and the first Prime Minister Liaquat Ali Khan. Between the portraits, wooden bookshelves have been installed.

The idea behind this first street library of Pakistan is to promote the habit of book reading, which is very essential for any society, Commissioner Karachi Iftikhar Shalwani. 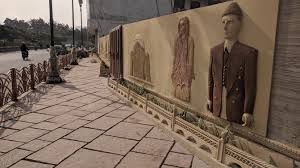 The first of its kind street library was inaugurated on Dec. 25 on Jinnah’s birthday.

“We are also working on upgrading public libraries in different districts of the city. One of those will be named as the city’s central library,” Shalwani said, explaining that the bookshelves have yet to be filled and that the symbolic library will operate on the “take a book and leave a book” basis. 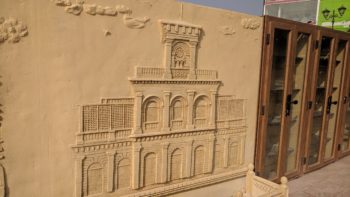 Writers and bibliophiles have welcomed the initiative.

“Any efforts for reviving the culture of book reading should be appreciated,” said Sahar Ansari, a renowned poet and member of the commissioner’s library committee. 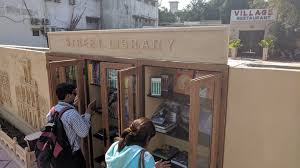 The artwork includes portraits of Pakistan’s founder, as well as the leaders who helped bring the country into being, and architectural masterpieces, turning a simple walk in the city’s red zone into a pictorial tour of Karachi. 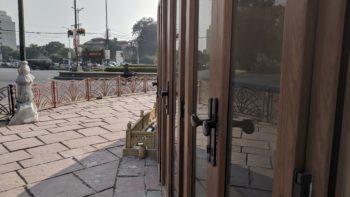 There is “Internet, technology, Google, and spend a lot of time on the computer but a book is a book”, the commissioner added. “Books will benefit youngsters a lot, and if they read, then they can achieve whatever they want in the world.”

Have a look on before and after situation of the location,

Preparation of 25 December inauguration of First Street Library of Pakistan in karachi pic.twitter.com/h36P17qVBe