Haya March has begun in several areas by a specific group. 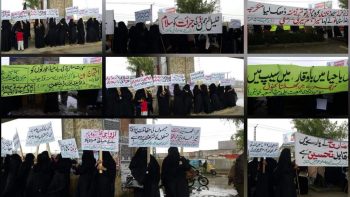 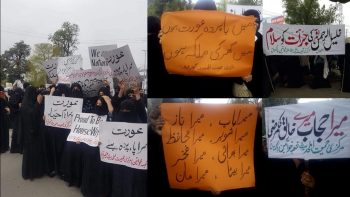 Women in Gujrat, Gujranwala, Faisalabad and other areas have gathered on the streets and have raised slogans against the holding of Aurat March. Women wearing hijab held a protest rally at G.T. road in Gujranwala. 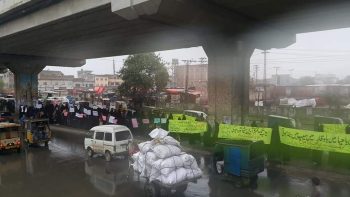 They were holding banners that were against Aurat March.
Women in the march said that Islam has granted rights to women, they can get success only by following Islam. They also said that western culture wants to make Pakistan a place of vulgarity which is not acceptable.
Women kept holding placards in which slogans were written such as mai baparda hun (I am in veil), mai ghar ki malka hun (I am the queen of home), behayai na manzoor (vulgarity not acceptable), Izzat ka difaah karo (defend dignity).