Turkish TV series, Diriliş: Ertuğrul became so much famous in Pakistan after hitting the world.

The drama series is based on a Turkish Muslim leader Ertuğrul, the drama was started in Pakistan after Prime Minister Imran Khan’s decision.

The drama aired every night at 9:10 pm on a state television channel, the series has become famous in the country.

The obsession with the show’s characters seems to have taken a flight for the worse, the screen shots from Instagram profile of Esra Bilgic, revealed the dark side of the country.

Pakistani fans became the moral police on her posing and clothing.

Esra is not the only one who received such comments.

People are criticizing the stars of this drama and teaching them Islam on the social media posts. 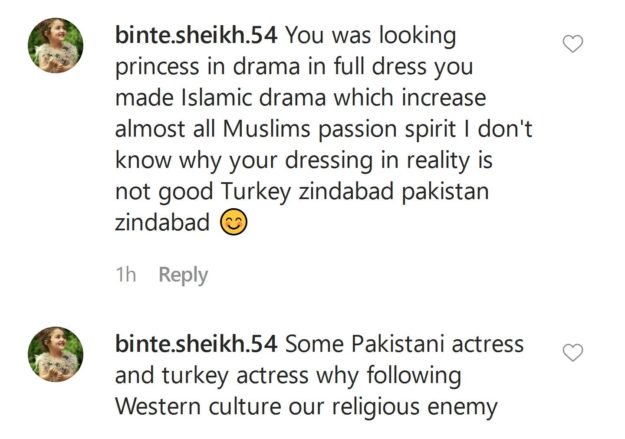 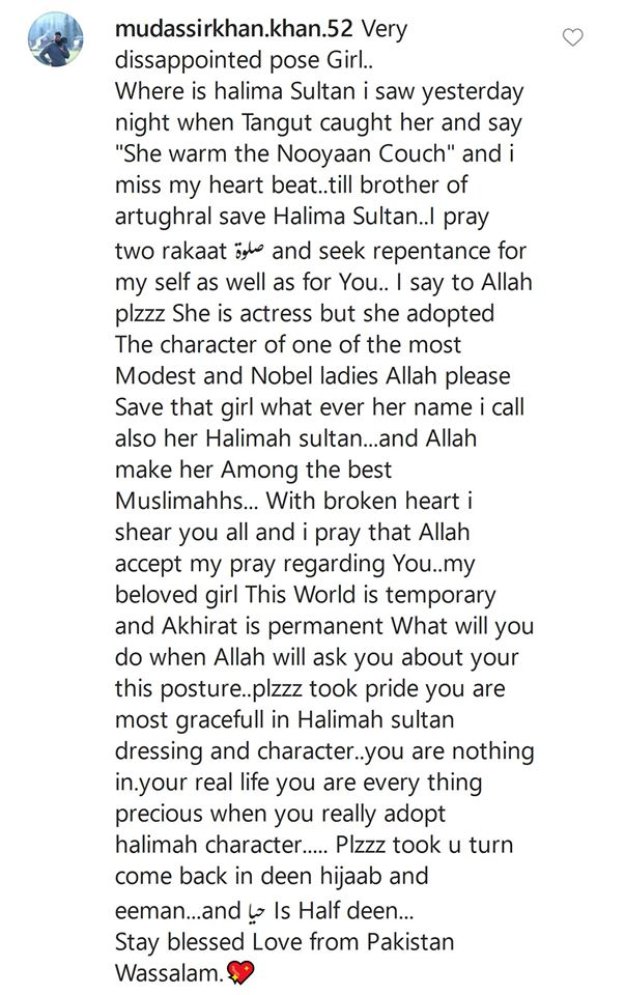 The actor who plays Ertugrul Ghazi, Engin Altan Duzyatan, also got similar comments on social media sites. The users criticized him over his pet dog, people commenting that he shouldn’t have a dog as a pet.

Actress Zara Noor Abbas reportedly said that her wedding gown was so...