She also posted the picture on her insta of famous Bollywood actor Rishi Kapoor on his death. 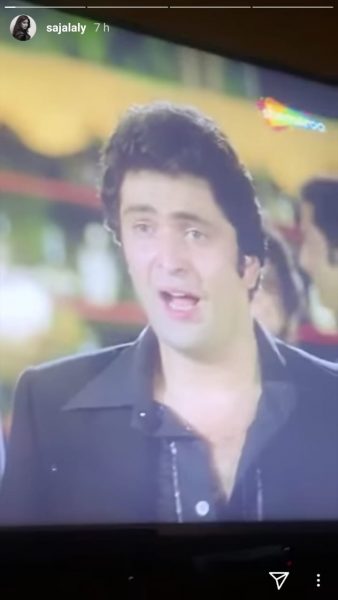 Sajal posted the picture of Rishi Kapoor and Siri Devi on her social media site and wrote, Rest In Peace with an emoji.

Earlier, Sajal was also shocked over the death of Irrfan Khan.

The actress wrote on her insta, “Shocked and sad! What a brilliant actor he was. Rest In Peace.”

Shocked and sad! What a brilliant actor he was. Rest In Peace. 💔

The popular actor had been unwell for a while and was admitted to a hospital in Mumbai.