TikTok App down on Google Play Store after reviews

TikTok App down on Google Play Store after reviews

Short video sharing mobile application, TikTok has gained the fame in the short period. But now this app is facing a huge criticism on internet and after the ratings of the app is has also decreased on Google Play Store. 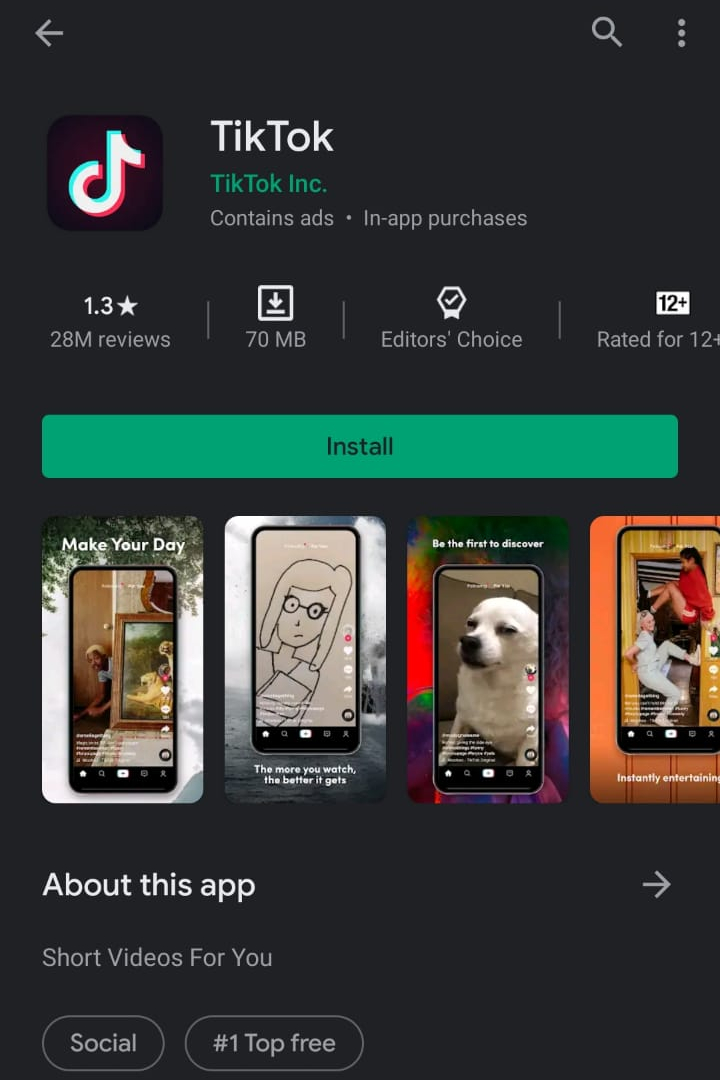 According to the details, the ratings on Play Store of TikTok is about 1.3 now and users shared their worse experiences with the app in reviews. 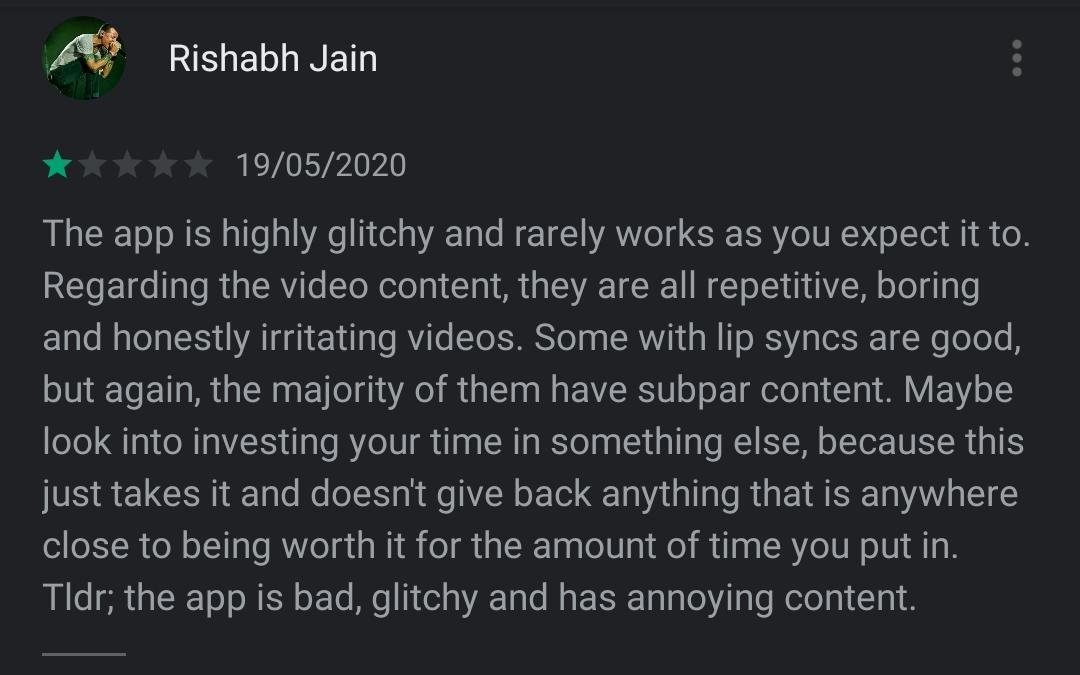 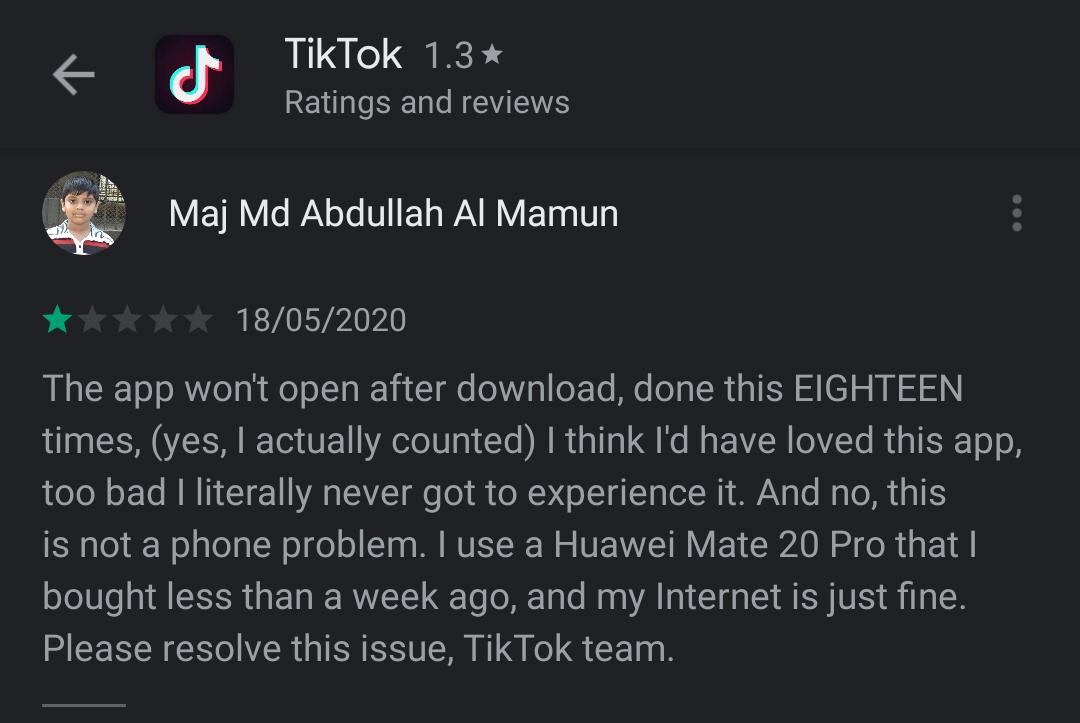 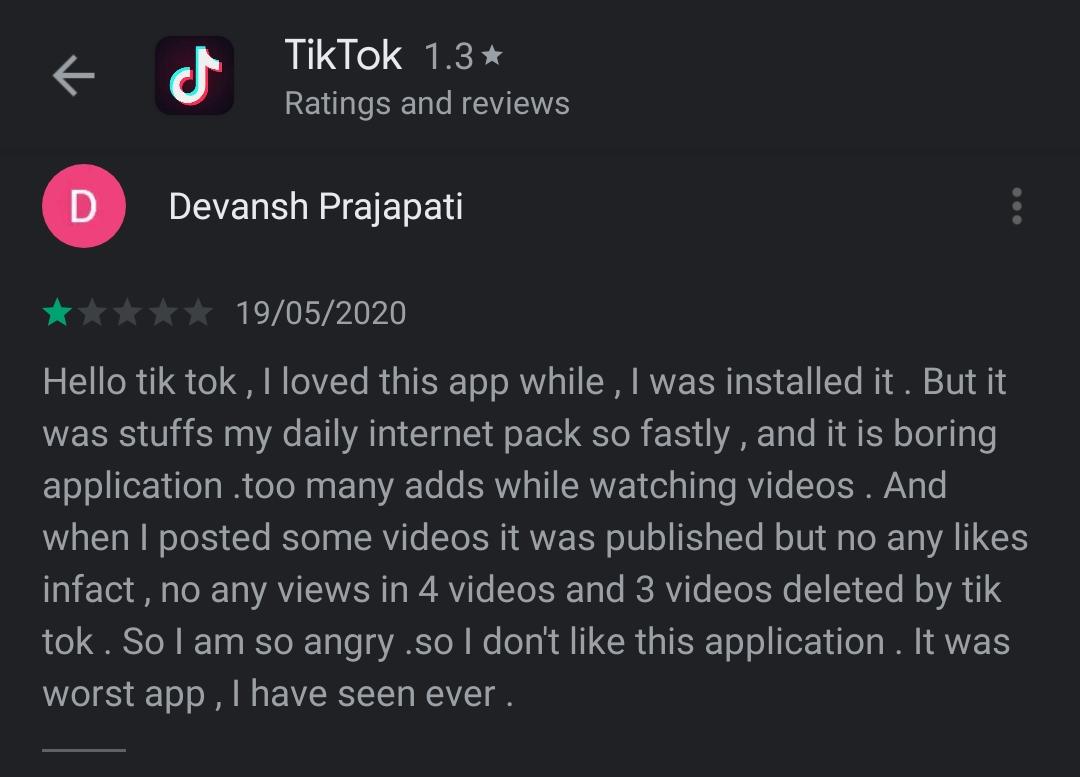 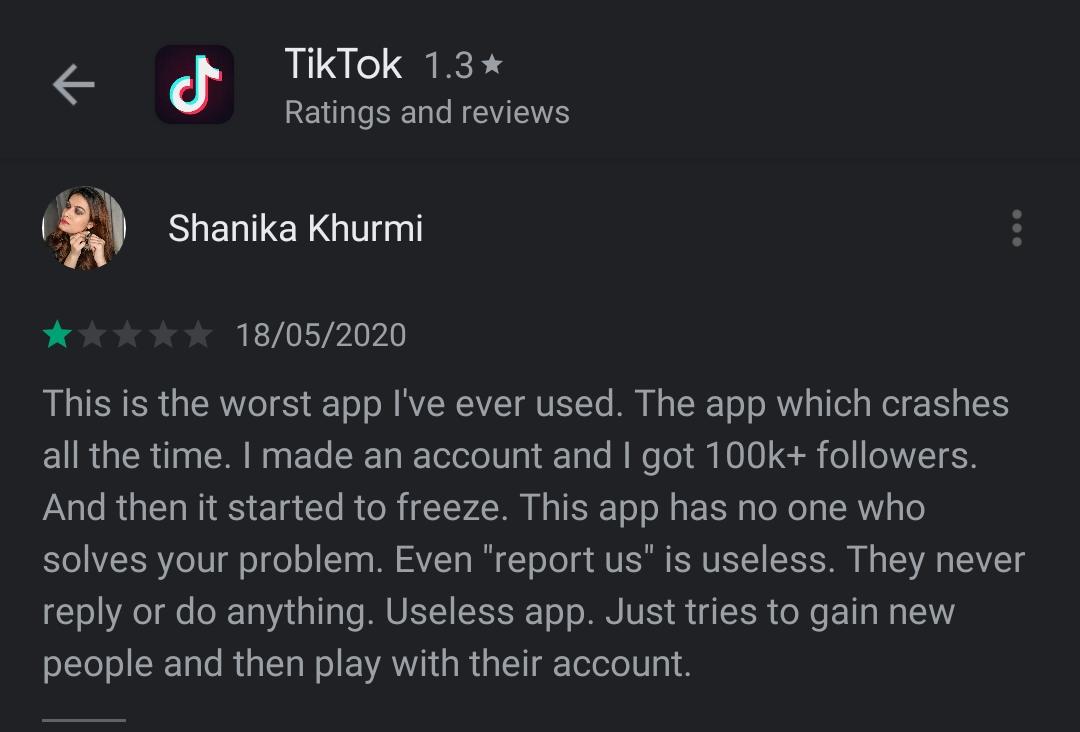 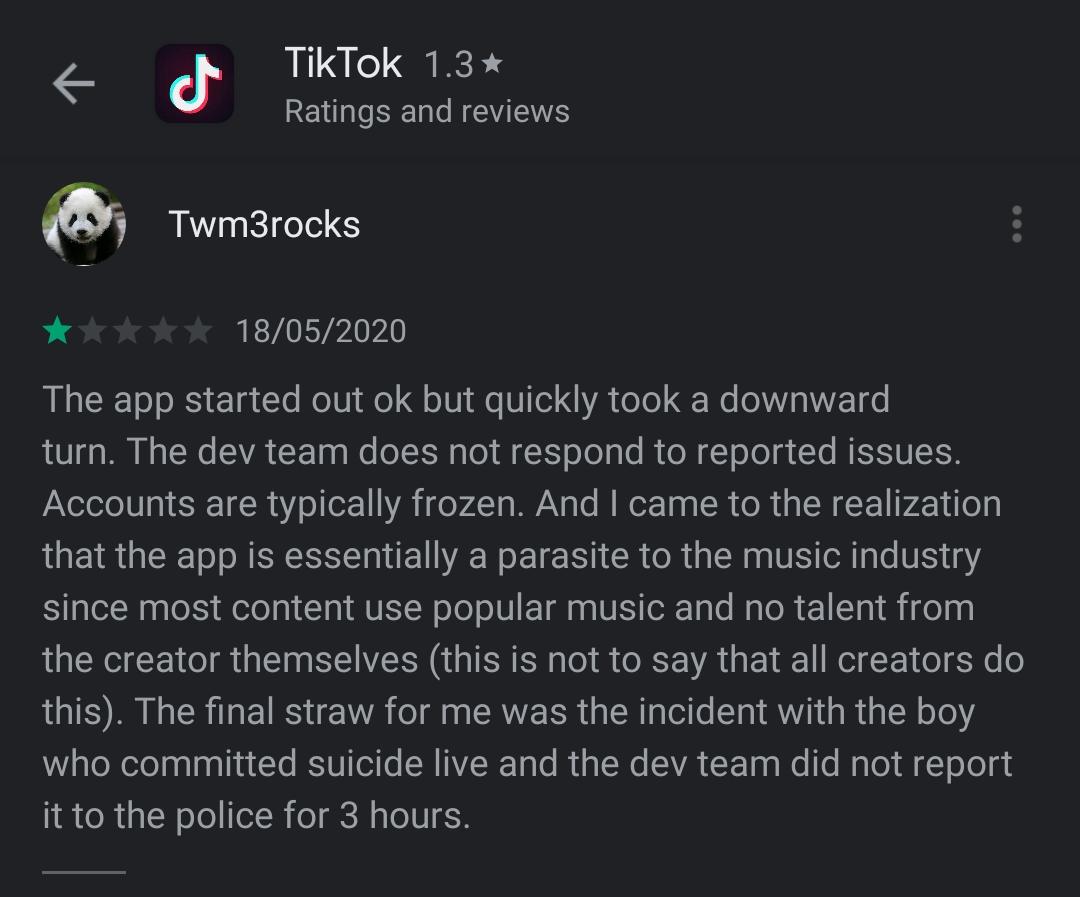 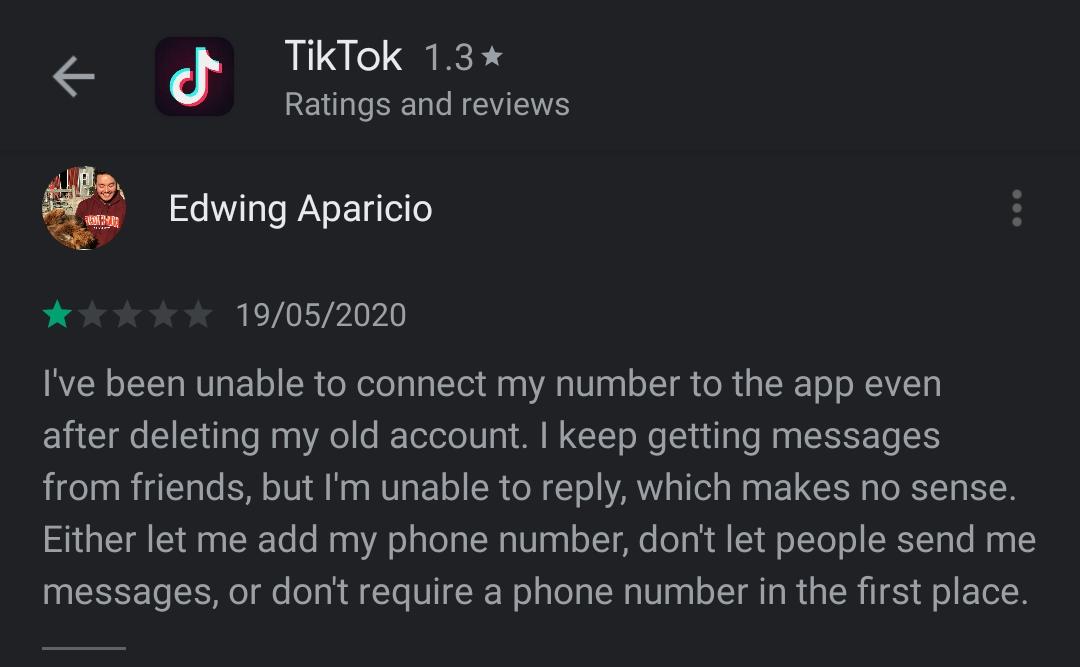 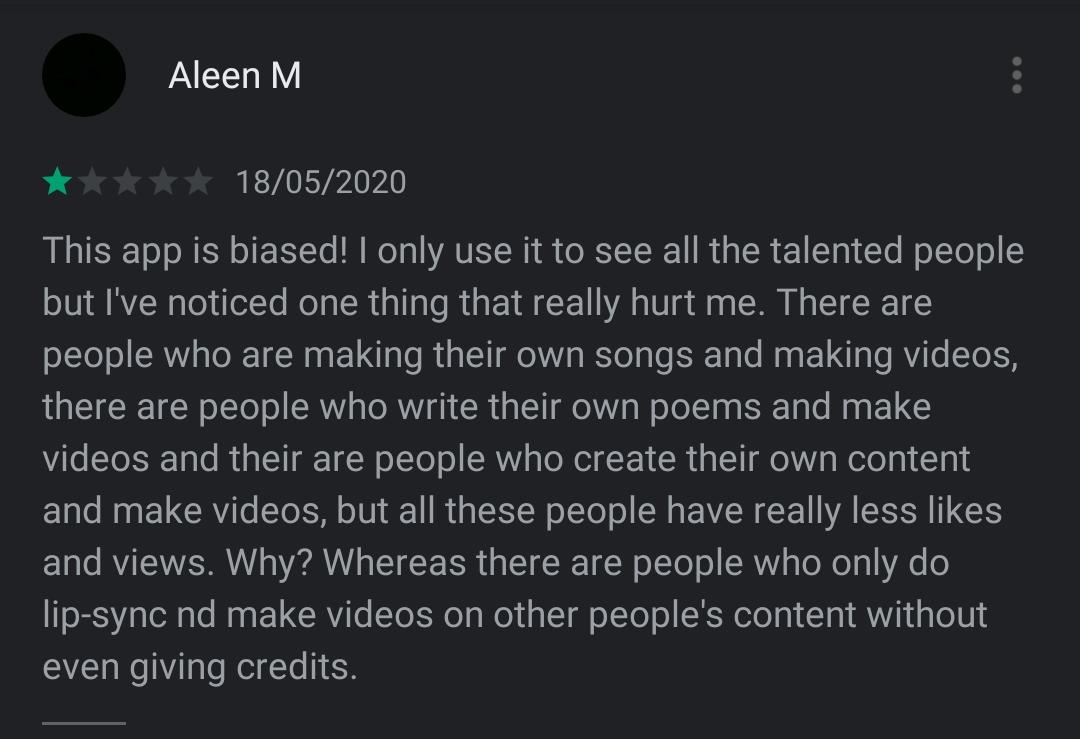 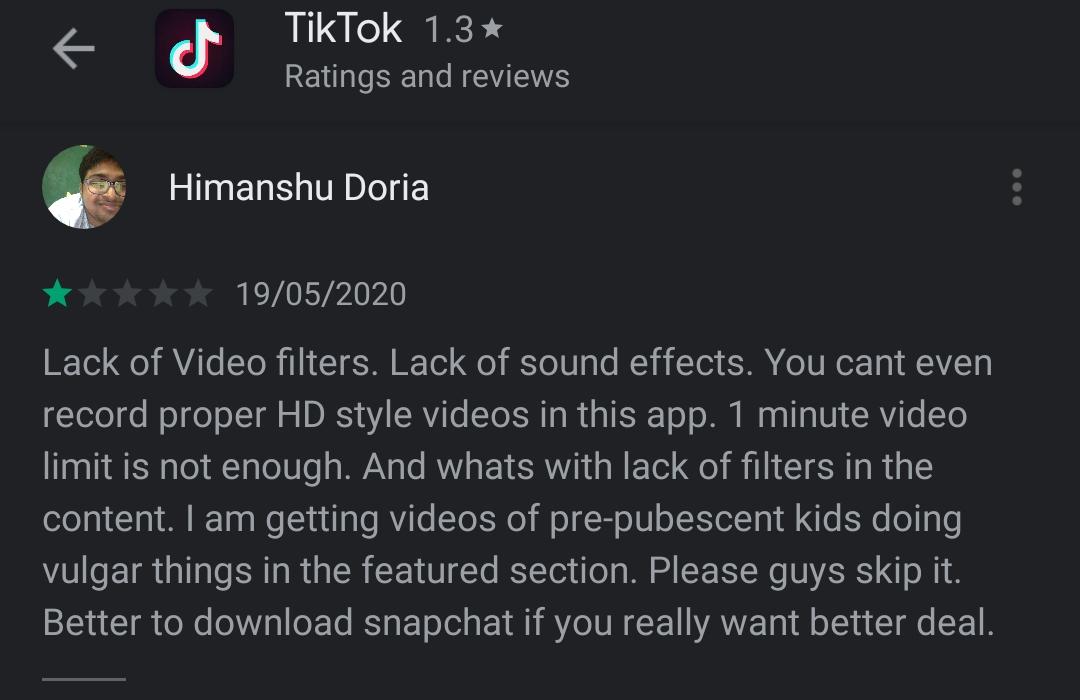 The ratings of the app is decrease to 1.3 star from 4.5 stars on the app store. While social media users want a ban on TikTok as hashtag ban TikTok was a top trend on Twitterin india.

It is to be noted that the ratings were not decreased on App Store which is still 4.8 stars.

Earlier, Tiktok received so much critism from the YouTube community and YouTube has pulled put CarryMinati’s famous roast video titled YouTube vs TikTok- The End from the platform and carry’s fans seem no happy at all.