Boris Johnson and his fiancée Carrie Symonds blessed with a baby boy and on this ecstatic  occasion Pakistani High Commission in Britain sent a women wearing glasses and safety goggles to 10 Downing Street to congratulate the couple by presented them flowers.

The diplomatic official reached the 10 Downing street in a Mercedes car holding the huge bouquet and an envelope. 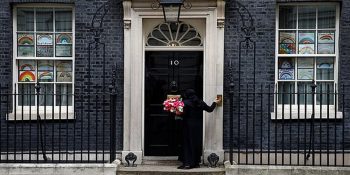 She got out of the car and walked over to the door of the UK Prime Minister Boris Johnson’s residency, pressed the bell and handed over the flowers and the envelop to an official who opened the door and stood apart from her inside the doorway.

After delivering the gifts the diplomatic official waved at the camera. 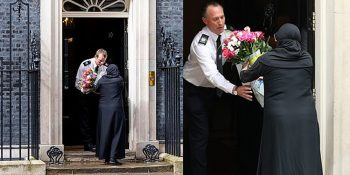 The diplomatic official returned and come back later that day kitted out with even more Personal protective equipment (PPE) on to deliver another bouquet of flowers.

She visited the 10 Downing street twice in a day for the deliveries of the congratulating gifts. 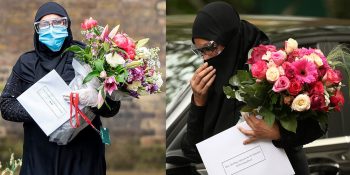 Boris Johnson’s fiancée Carrie Symonds have given birth to a healthy baby boy at a London hospital earlier this week.

Their spokesperson has reported that the baby boy and the mother are fine.

“The Prime Minister and Ms Symonds are thrilled to announce the birth of a healthy baby boy at a London hospital earlier this morning. Both mother and baby are doing very well. 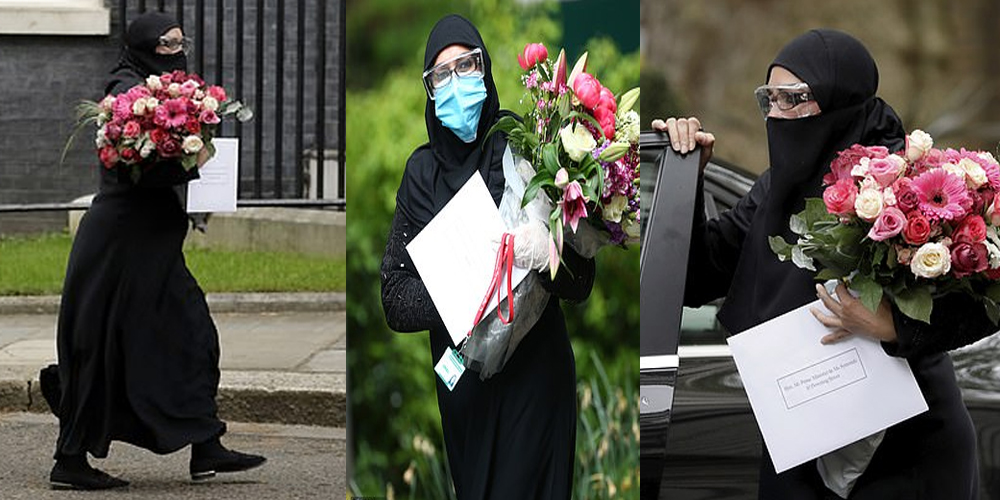 “The PM and Ms Symonds would like to thank the fantastic NHS maternity team.”

Health secretary Matt Hancock tweeted: “So thrilled for Boris and Carrie.
Wonderful to have a moment of unalloyed joy!”