Leading actor and host Faysal Qureshi breaks his silence after a statement on social media by users expressing strong anger and has fully defended his statement.

Giving a video message on social media, the actor said, “After making a statement on social media from yesterday, I am surprised and saddened by the reaction from the people.” Without understanding me, my own people said so many things. I don’t understand why they are being misunderstood. ”

Faysal Qureshi said, “People didn’t understand me, I would say they didn’t read the whole thing, I talked about COVID-19, people just read Ertugrul and attacked me on social media.” ۔

“First of all, I would like to say with reference to Coronavirus that this is a very serious matter and people do not understand or are trying to do so,” he said.

Time we learn to understand – respond and do not 'REACT' without thinking. pic.twitter.com/w2ZEy1GOFS

Faysal Qureshi said that the cases of Corona came to light among a friend and acquaintance of him and they are going through this difficult stage. “Only those whose homes have been evacuated can understand this,” he said. For those who think that this is a drama, this is completely wrong. I said this only for those who were misunderstood.

He added that “there are some people who say that it is unreasonable for the actors of ‘Ertugrul Ghazi‘ to understand that they are a reality, and they are being taunted by going to the Instagram of these artists.”

Faysal Qureshi said, “I talked about people with such a mindset in my message and the thing is that when we saw ‘Ertugrul Ghazi’ with subtitles in Turkish, we still understood him.” However, now these people are watching the same drama in Urdu, yet they are unable to understand what its real purpose is.

The actor appealed to the people to understand the whole thing before saying anything. 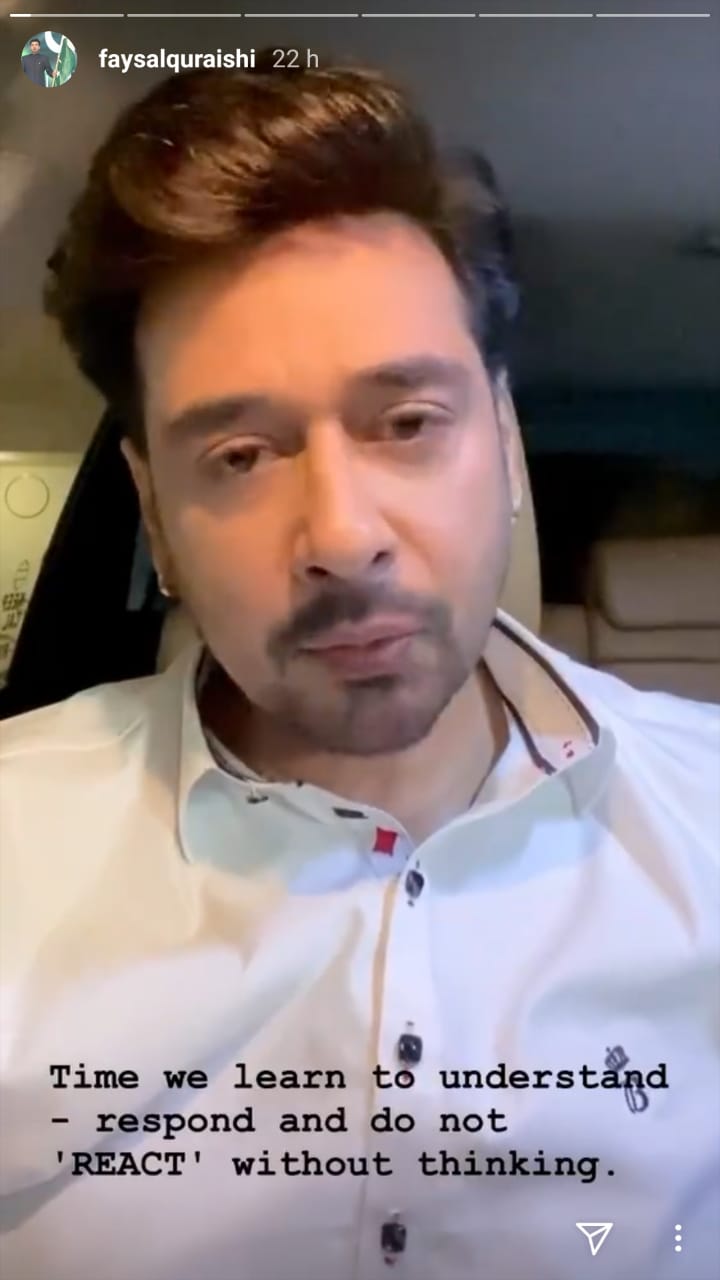 It is to be noted that actor Faysal Qureshi had posted a story on Instagram in which it was said that “it is true that we are a nation which thinks the coronavirus is a drama but we consider Ertugrul as a reality”.