The case of falsely making money has been charged on Famous actress and former TV host Ayesha Sana on Jun 12.

According to the details, Ayesha Sana booked over charges in Lahore’s Defence-B police station after a cheque was dishonored regarding a payment to a relative in Cantonment area of the city.

The relative said that she borrowed Rs 20 million from him but she did not return him that money.

He further said he come up to her for the said money and she handed over a cheque to him.

According to the sources, The complainant said that when he reached the bank to deposit that cheque to take out his money from her account but there was no money in the account. 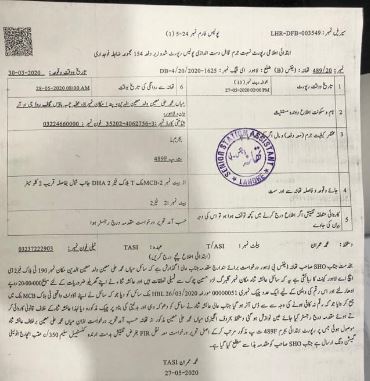