Dirilis: Ertugrul has gained immense popularity in Pakistan, and even Pakistani celebrities are praising the cast of this series.

Ayesha Omar shared a cover photo of Esra Bilgic on her Instagram. She said, “Hello Halime, we love you.”

“And can’t wait to have you here in person.” 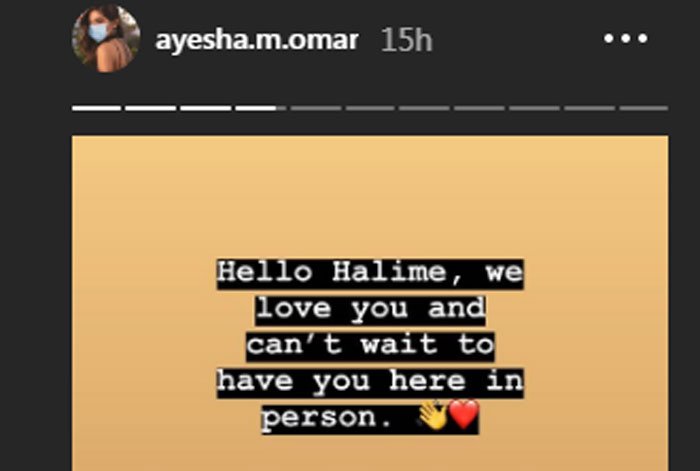 Esra had earlier expressed love for Pakistan and had wished to visit the country. She had also shared that cover photo or the magazine on Instagram.

Mahira Khan shares her views about Diriliş: Ertuğrul “I have no reservations about it”

Turkish series Diriliş: Ertuğrul has got immense appreciation in Pakistan, but it has become an important debate topic.

Several Pakistani celebrities appreciated the series and spoke in its favor. Whereas, some artists seemed quite unhappy, as they claim that the series is affecting the Pakistani entertainment industry.

Actress Mahira Khan joined the debate and appreciated Diriliş: Ertuğrul. In an interview with HSY, she said, “I have no reservations about it [Ertugrul]. I have not seen it yet.”

She also said that these series are not very expensive, as they are not new and have been airing for a long time. Some channels will keep buying them, but this will not create a problem. She said, “Let them come. Let it play.”