EXCLUSIVE: The Fight Against Racism

EXCLUSIVE: The Fight Against Racism

Renowned Pakistan’s Truck Artist Haider Ali has paid tribute to American black man George Floyd who was killed brutally in Minneapolis when a white officer kneeled on his neck for an extended period of time.

His death was captured in a video and sparked global outrage in the Black Lives Matter movement. The world’s top celebrities also raised their voices and demanded justice against this inhuman act.

Anti-racism campaigners began demonstrations since Floyd’s death and the protests intensified from the United States to United Kingdom and many parts of the world. 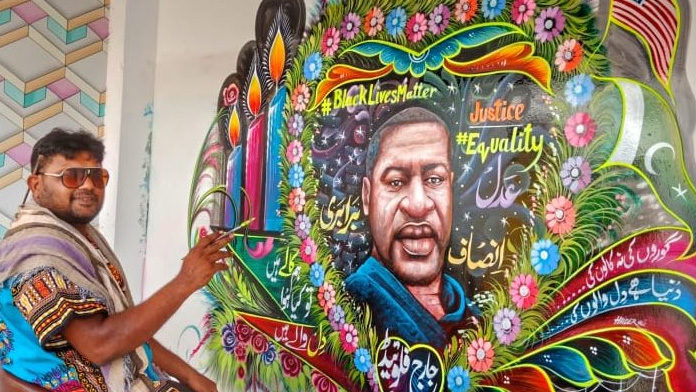 Phool Patti has always aimed to convey important messages throughout the globe through its art work. Artist Haider Ali has paid tribute to George Floyd in traditional Pakistani form. He dedicated the whole wall to him in a truck art style mural that features a special message saying ‘Every Single Life Matters.’ 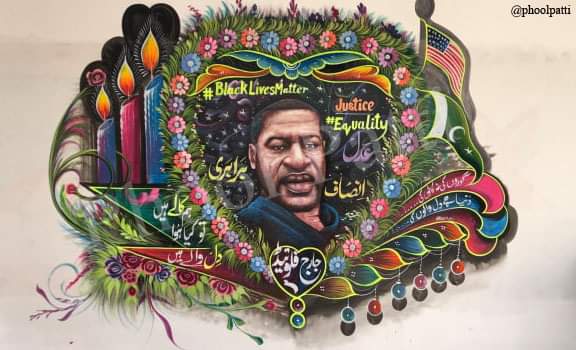 The wall conveyed another message saying ‘this world belongs neither to whites or blacks, only for those with big hearts’. 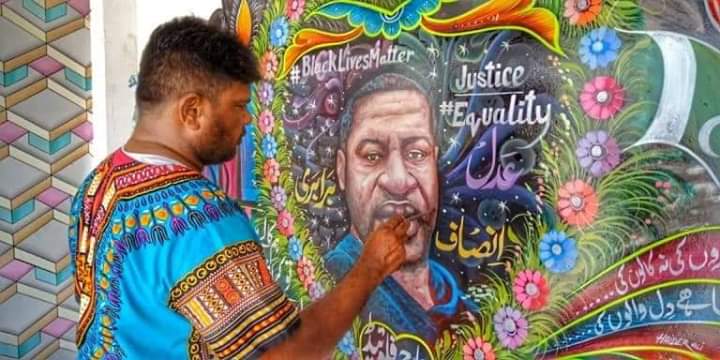 Founder and Creative Director of ‘Phool Patti’ Ali Salman Anchan in a special message in collaboration with BOL News said the only aim to promote truck art globally is that Pakistan also stands in all the matters for all brothers and sisters around the world.

According to Ali Salman Anchan, the dedicated wall is not only a tribute to George Floyd’s legacy, but also a dedication to all those individuals are fighting inequality and injustice around the globe.

He also said that ‘Black Lives Movement’ is as important for Pakistan as for the whole black community. Phool Patti has always came forward with a unique initiative and through its art work the team has played its significant role to highlight all the crisis suffered by every individual.

Racism is the belief that groups of humans possess different behavioral traits based on physical appearance and race.

No Place for Racism in Islam

Islam with its universal concept of brotherhood rejects all artificial and man-made marks of distinction.

Almighty Allah says: “…We created you from a single (pair) of a male and a female and made you into nations and tribes, that you may know each other. Verily the most honored of you in the sight of God is he who is the most righteous of you.” (Qur’an, 49:13) 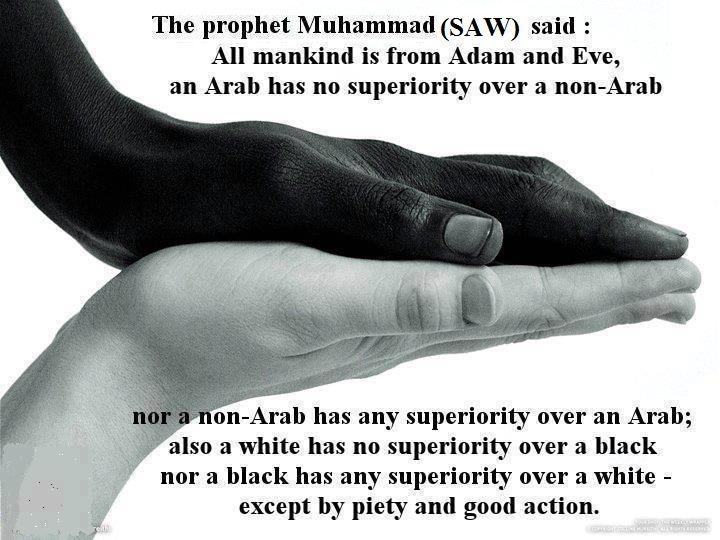 As Muslims, it is fundamental we believe that discriminatory exclusion based on race is against our faith and it simply portraits that we try to stand against our creator [ALLAH]. We should have firm believe that there are no excuses for racism.

Racism is ugly as it divides people into ‘us’ and ‘them,’ based one’s color and caste. People, with these concepts usually treat others badly and unjustly.

In another verse ALLAH (SWT) says, “And among His Signs is the creation of the heavens and the earth, and the difference of your languages and colors. Verily, in that are indeed signs for those who know.” (Qur’an, 30:22)

Pakistan Navy ship PNS Zulfiquar has reached Russia as part of its...

Asad Umar, head of the National Command and Operations Center (NCOC), has...