The Pandemic of the new novel coronavirus had begun to spread in the Chinese city of Wuhan earlier than expected. The claim was made in a U.S. study based on satellite imagery and Internet searches.

A Harvard Medical School study found that the number of vehicles arriving at major hospitals in Wuhan during the fall of last year was much higher than in 2018.

According to research, Internet searches for information about cough and cholera in Wuhan increased during this period, both of which are now considered part of the symptoms of COVID-19. 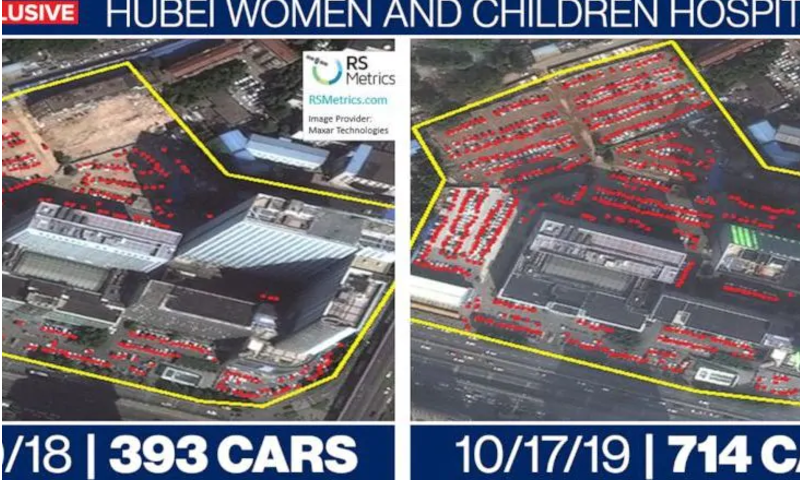 In light of these findings, the researchers indicated that the Coronavirus Pandemic had begun to spread before December 31.

December 31 is the date when the Chinese government informed the World Health Organization about the Pandemic.

The research suggests that the coronavirus Pandemic may have started in Wuhan in October.

The researchers compared images from 2018 and 2919 for and collected 350 images from private satellites, one-third of which were usable because smog, tall buildings or clouds did not get in the way. They compared the number of vehicles parked in Wuhan hospitals.

Similarly, the number of vehicles at Wuhan Tongji Medical University was 214 in October 2018, while in October 2019 it was almost doubled.

Researchers acknowledge that the evidence may be coincidental, but it reinforces the notion that the pandemic began in Wuhan earlier than expected.

The researchers said that something was happening in October, it is clear that there was some kind of social intervention after which the outbreak of coronavirus began to spread.

They said the number of vehicles in the hospitals was an indication of how busy they were.

The study was published in the journal Digital Medicine for review and has not yet been published, but other experts say the results are not clear at the moment and that there may be other reasons for the increase in the number of vehicles.

Emerging Afghan situation can be a major business opportunity: official

LAHORE: The emerging situation in Afghanistan due to change of regime could...

Taliban spokesperson Zabihullah Mujahid has made an apology and said firm action...

Emerging Afghan situation can be a major business opportunity: official

LAHORE: The emerging situation in Afghanistan due to change of regime could...

Samina Alvi, the wife of President Dr. Arif Alvi, has contracted the...