Social media giant Facebook appears to flipping the switch on integrating the chat systems for Instagram and Messenger.

This move seems to be an effort to make cross-platform messaging easier, therefore, Facebook is merging Messenger with Instagram. 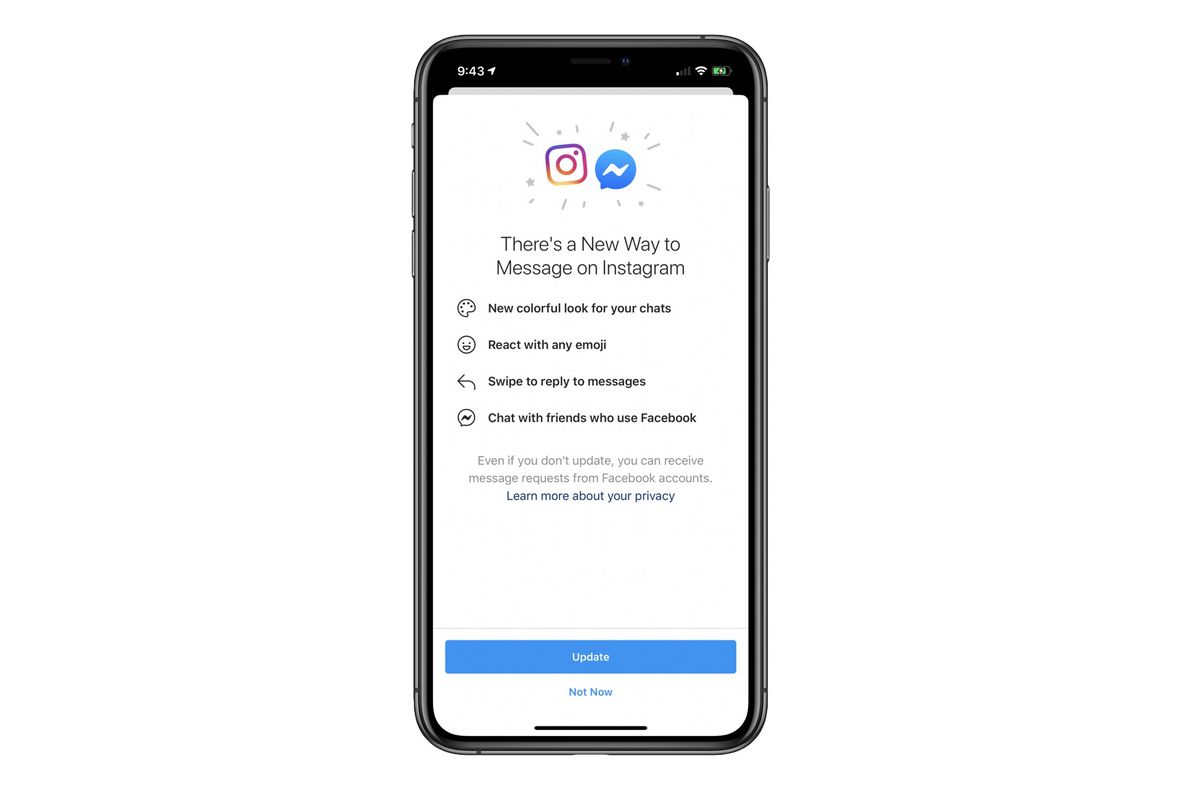 There is a new update rolling out for both iOS and Android users that will pop up a message saying ‘there’s a new way to message on Instagram’ with a list of features such as a new colorful look, chat with friends on Facebook, etc.

Once the user has updated the app, the icon for Direct Messages on the top right will be replaced by the Messenger’s icon. In other words, your chats will become more colorful with messages shifting between blue and purple colors while your scroll.

Facebook on Tuesday removed 7 million posts in the second quarter for...

However, the ability to message Facebook friends is still not available, but this will be added soon.

Cross-platform messaging would make it easier for millions of users to chat within the company’s ecosystem.

He also said that he wants this system to be end to end encrypted, and it’s a long term project going throughout 2020 and beyond.

As for the Instagram and Messenger merger, it is currently not available for everyone but a global roll-out will be arriving shortly.

Facebook on Wednesday launches its own version of video-sharing app TikTok called...