The race actress took to Instagram and broke the news about her new movie. She shared a picture of a script from her upcoming movie. 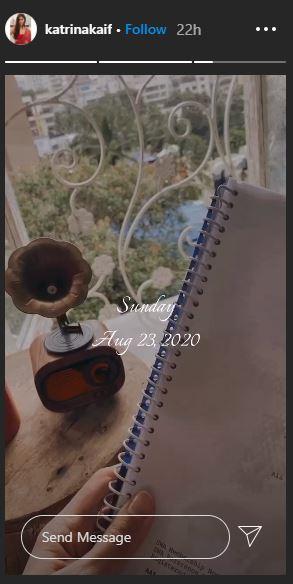 Local media has reported that Katina and Ali Abbas are bringing something exciting and thrilling for their fans. This time, they are willing to create a superhero movie like Marvel and DC.

In an interview with a local media source, director Ali talked about superhero plans and said, “Yes, I am creating a superhero universe, beginning with Katrina’s film. We then move to Mr. India, which will carry forward bits from Katrina’s film, and we are developing two more characters. My third superhero is rooted in Indian mythology and the fourth comes from the Indian army.”

Katrina has earlier worked with Ali Abbas in successful projects as well such as Tiger Zinda Hai, Mere Brother ki Dulhan, and Bharat.

Apart from that, Katrina is already working on another film ‘Soorayanshi’ with Akshay Kumar.

When it rains , I share my umbrella. If I have no umbrella, I share the rain .☔️🙂. – anonymous