The Karachi Circular Railway (KCR) will start operations from 19th November 2020, according to the announcement made by Pakistan Railways Headquarters in Lahore.

Karachi Circular Railway Schedule as shared by the Railways Headquarters is as follows: 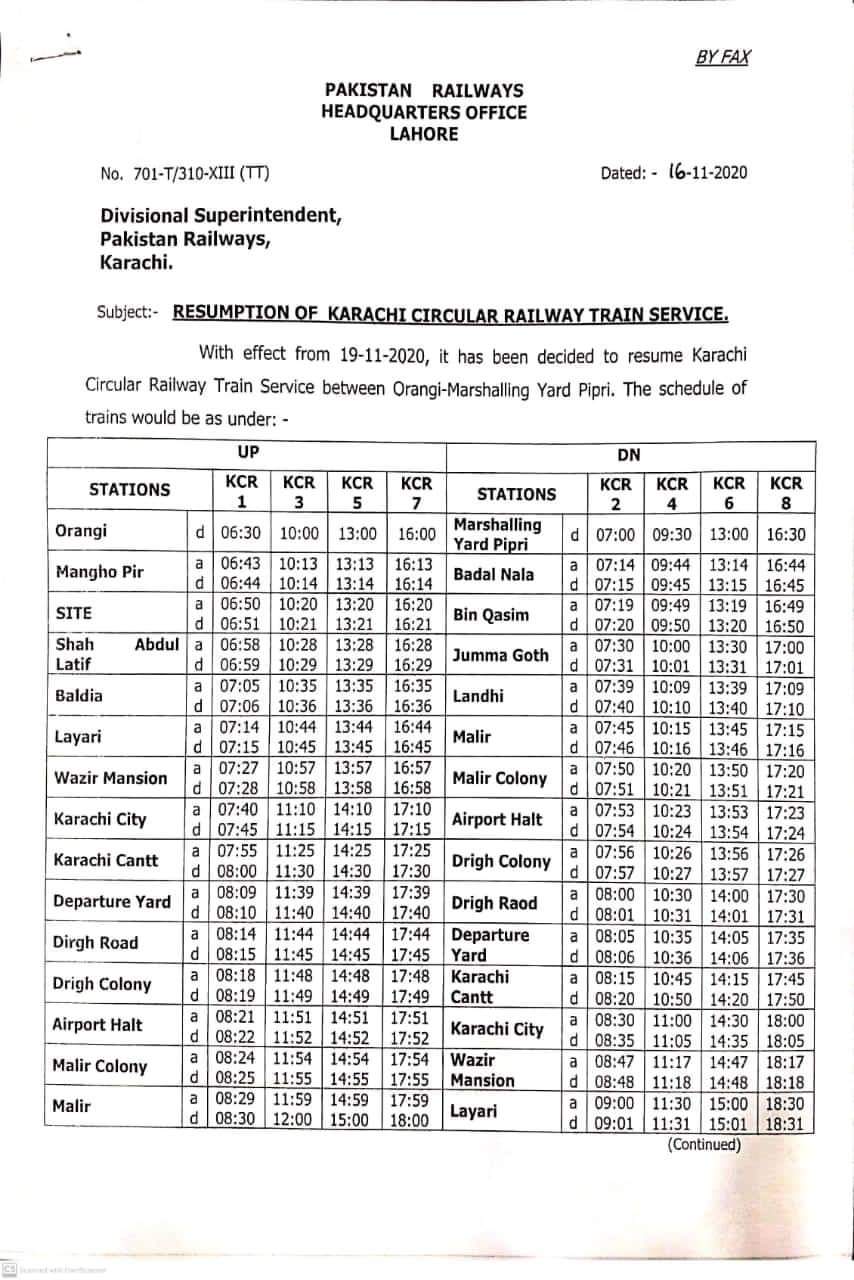 According to the circular, 8 trains will initially run on the 60-kilometer route, with a daily maximum one-way fare of Rs. 50. Pakistan Railways has reconditioned fifteen bogies that were set to reach Karachi last week, as a part of the KCR’s restoration plan.

Earlier the service was planned to resume from Monday, 16 November but was postponed to Thursday, 19 November.

Karachi Circular service was shut down in the late 1990s due to the poor management and allocation of resources. Following Supreme Court’s order, its restoration began in 2017 in phases.

PM  Imran Khan issued a statement last week, announcing that the Main Line-1 (ML-1) railway project will facilitate passengers traveling from Karachi to Lahore and vice versa in just 7 hours. Imran Khan also added that this is the biggest project in the history of the country’s railway sector with an investment of $6 billion

PM added that the railway has a central role in ensuring the well-being of our country, and ensured that the government is working to reform it.