‘Accha’ Made It To The Cambridge Dictionary

The Cambridge Dictionary, widely regarded as a source for the English language, has introduced a new word to its collection that may have prompted many to express the same surprise.

The ‘word’ which is widely used in the Urdu language as an expression for astonishment is the latest word added to the list. 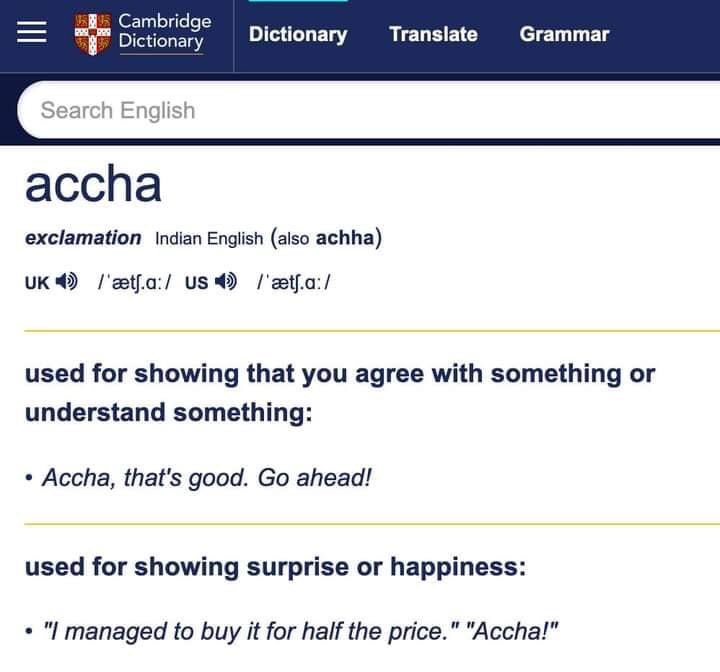 The definition written for the newly added word ‘accha’ is, “Used for showing that you agree with something or understand something.”

The dictionary, describing the term further said that it could be used to demonstrate surprise or happiness.

The web entry showed the following examples, illustrating how the latest addition can be integrated into phrases:

The government of Punjab has on Saturday announced a new schedule for...

Karachi’s famed NED University is all set to introduce a Turkish language...

Decisions regarding exams will not be changed: Shafqat Mahmood

Twitter is raging with students advocating for the cancellation of board exams...

On Wednesday, the British Council shared a notice by Cambridge International Examinations...

The war situation in the war-torn Yemeni region of Marib has intensified....