Spokesperson Sindh Government Murtaza Wahab Tweeted, “as per Article 158 of Constitution, requirements of people of Sindh must take precedence being 68% producer of natural gas in Pakistan. PM must ensure that the Constitution is followed.” 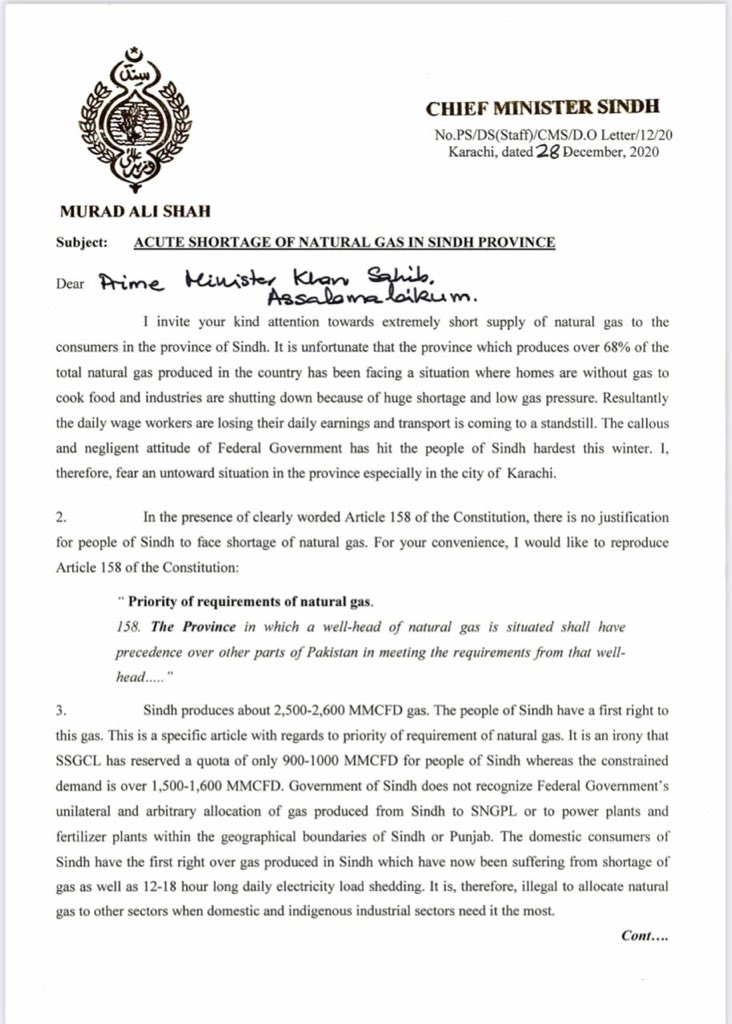 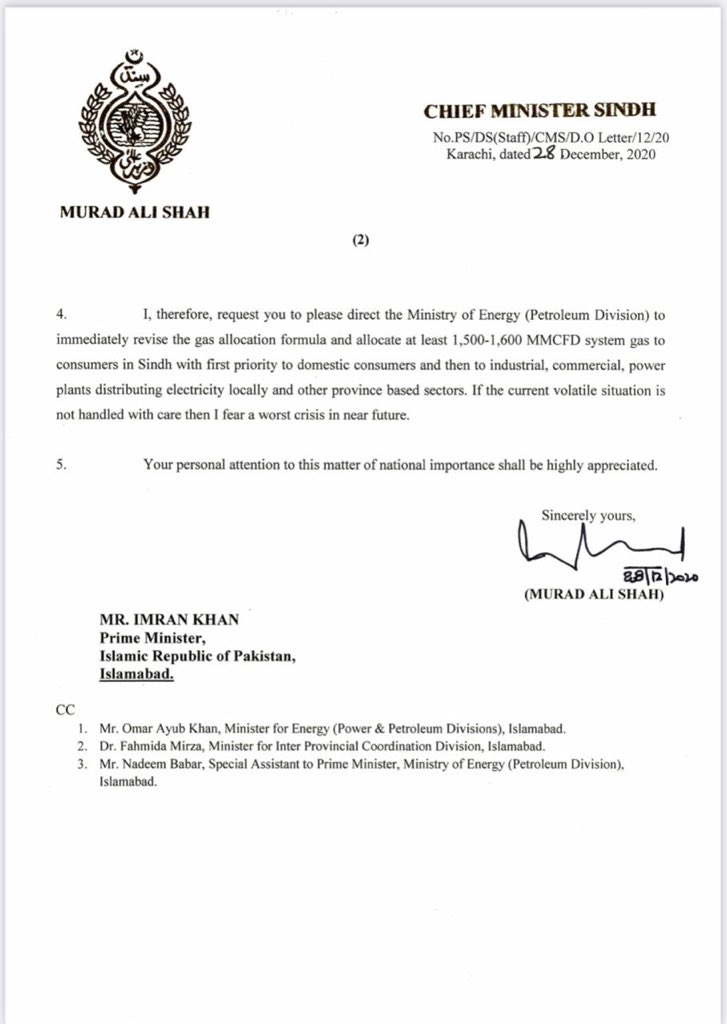 Earlier in November Sui Southern Gas Company (SSGC) has denied reports regarding the cessation of Gas supply across Sindh.

A statement issued by Sui Southern Gas Company (SSGC) said that no gas load shedding was taking place across Sindh.

A spokesman for the SSGC said that in addition, if a customer had a problem gas pressure, a complaint would be lodged at the company’s Complaint Center 1199 and it would be rectified.

A spokesman for the SSGC added that supply of gas to domestic consumers was a top priority in light of government orders. Efforts are being made to provide uninterrupted gas to domestic and commercial consumers.

Earlier, the Oil and Gas Regulatory Authority (OGRA) increased the prices of gas for the industries. However, the new prices are not for domestic consumers.

According to the notification issued by OGRA, For the CNG sector, the price of gas has been increased by up to Rs88 per MMBTU. For Punjab and Khyber Pakthunkhwa, the hike in price in Rs88, meanwhile, Rs67 is for Sindh and Balochistan.

It is pertinent to mention here that new gas prices have already been implemented from 1st September.

It can be estimated that the price of CNG, electricity, and fertilizer may also increase after the price hike.

She's got the perfect bikini physique thanks to her long gym sessions,...

Pakistani emerging actress Alizeh Shah is all set to make her romantic...