Kremlin critic Alexei Navalny’s supporters are preparing to hold candle-lit rallies on Sunday (Valentine’s Day)  in suburban courtyards across Russia amid threats that they could be arrested.

Navalny’s supporters declared a moratorium on street rallies until the spring after the police arrested thousands of protesters in demonstrations over the last few weeks against the arrest and incarceration of the opposition leader.

But they want the Russians to demonstrate solidarity with Navalny by gathering on Valentine’s Day evening for 15 minutes outside their houses, flashing their cell phone torches, and arranging heart-shaped candles.

“(President Vladimir) Putin is fear. Navalny is love. That’s why we will win,” Leonid Volkov, one of Navalny’s close allies, wrote on Twitter when calling on people to gather.

Navalny was arrested in Siberia last month after his return from Germany after treatment for poisoning, with what many Western countries claim was a nerve agent. On Feb. 2, he was arrested for breaching parole on what he said were trumped-up charges.

He blames Putin for the poisoning, and additional sanctions against Russia are being proposed by Western countries. If Navalny was poisoned, the Kremlin denies any involvement and asks. 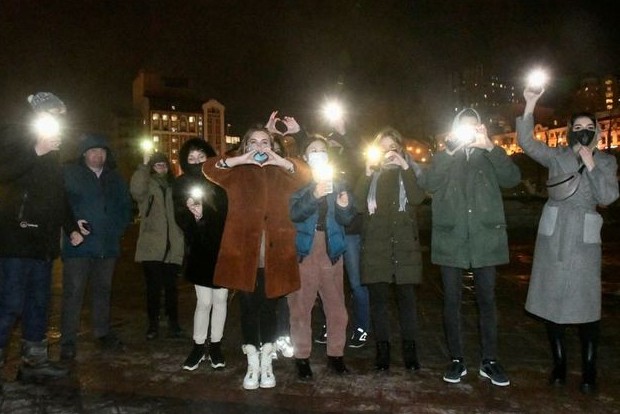 The Lithuanian-based Volkov is one of several Navalny allies currently abroad or under house arrest in Russia.

He encouraged people to use the hashtag #loveisstrongerthanfear in Russian to fill social media with photographs of Sunday’s gatherings – a new venture for the opposition that parallels political behavior in neighboring Belarus.

On Sunday afternoon, another activist called on women to create a human chain on a pedestrian street in Moscow in favor of Navalny’s wife, Yulia, who traveled to Germany this week, and other women affected by police crackdowns against demonstrators, according to media reports. 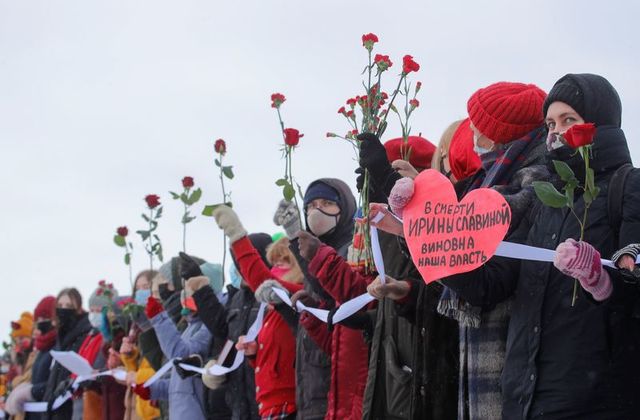 Some rights groups accuse police of using disproportionate force against protesters in recent weeks. The Kremlin has denied repression by police and says the protests were illegal as they were not approved and risk spreading COVID-19.