Demands And Banners Of Aurat March 2021

Demands And Banners Of Aurat March 2021

This year, the Aurat march is being organized in major cities of Pakistan, including Karachi, Lahore and Multan on the occasion of International Women’s Day.

In a statement released on Twitter, the organizer of the Karachi Aurat march said: It can stop, so we can’t march, but our resistance is not going to stop.

She also wrote that on March 8 this year, following the SOPs, they would hold a sit-in to demand an end to injustice, violence, inequality, patriarchy and oppression.

The theme of this year’s Lahore Women’s March is ‘Women’s Health Issues’.

According to the organizers of the Lahore Women’s March, the theme includes women’s physical health as well as mental health issues.

COVID has disrupted the healthcare system. It’s important to know its specific impacts on womxn, so that we don’t insivibilise their issues.

On the other hand, The Aurat march also announced a sit-in for their rights at Karachi Frere Hall on the occasion of Women’s Day on March 8.

Following are the demands of Aurat March which the organizers shared on social media, 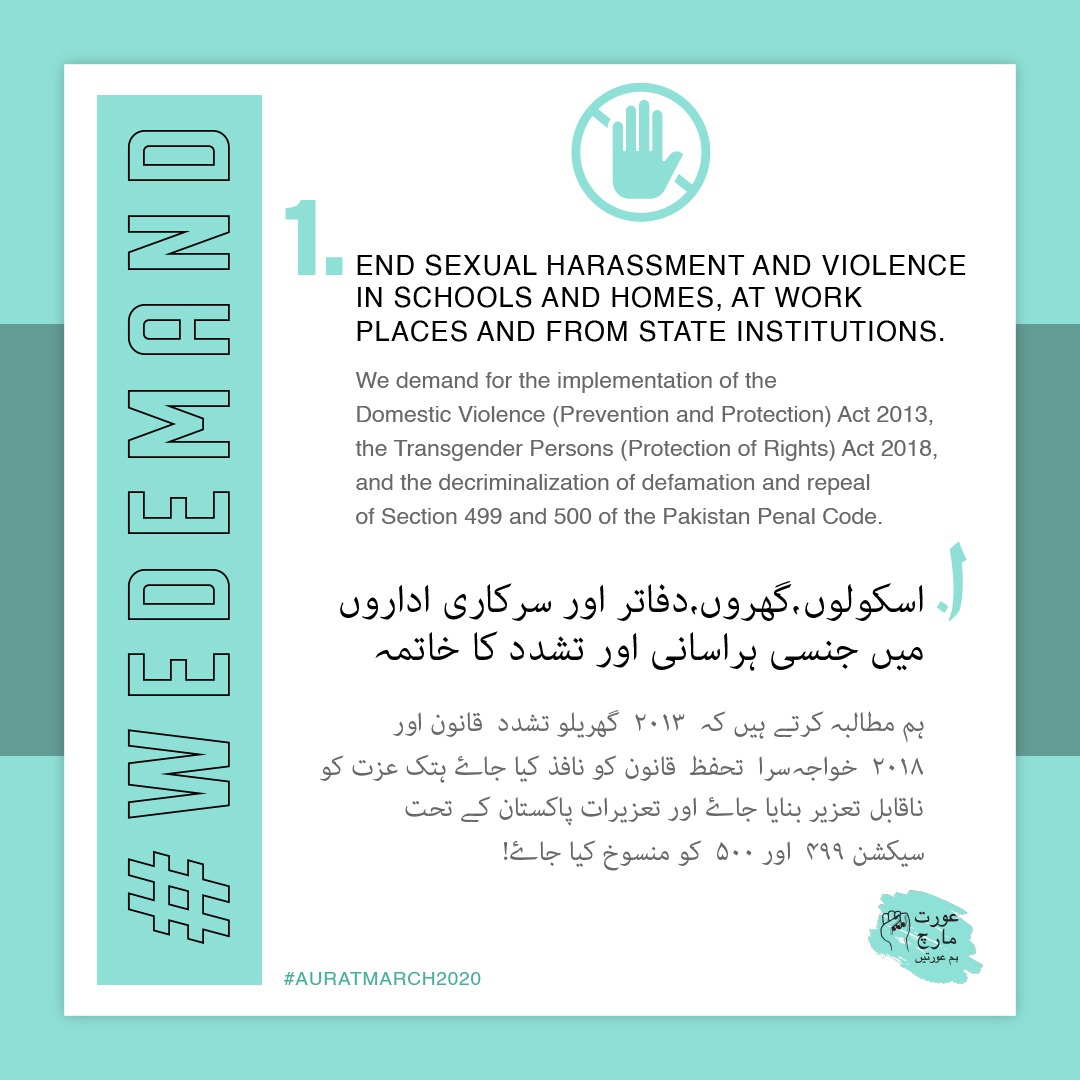 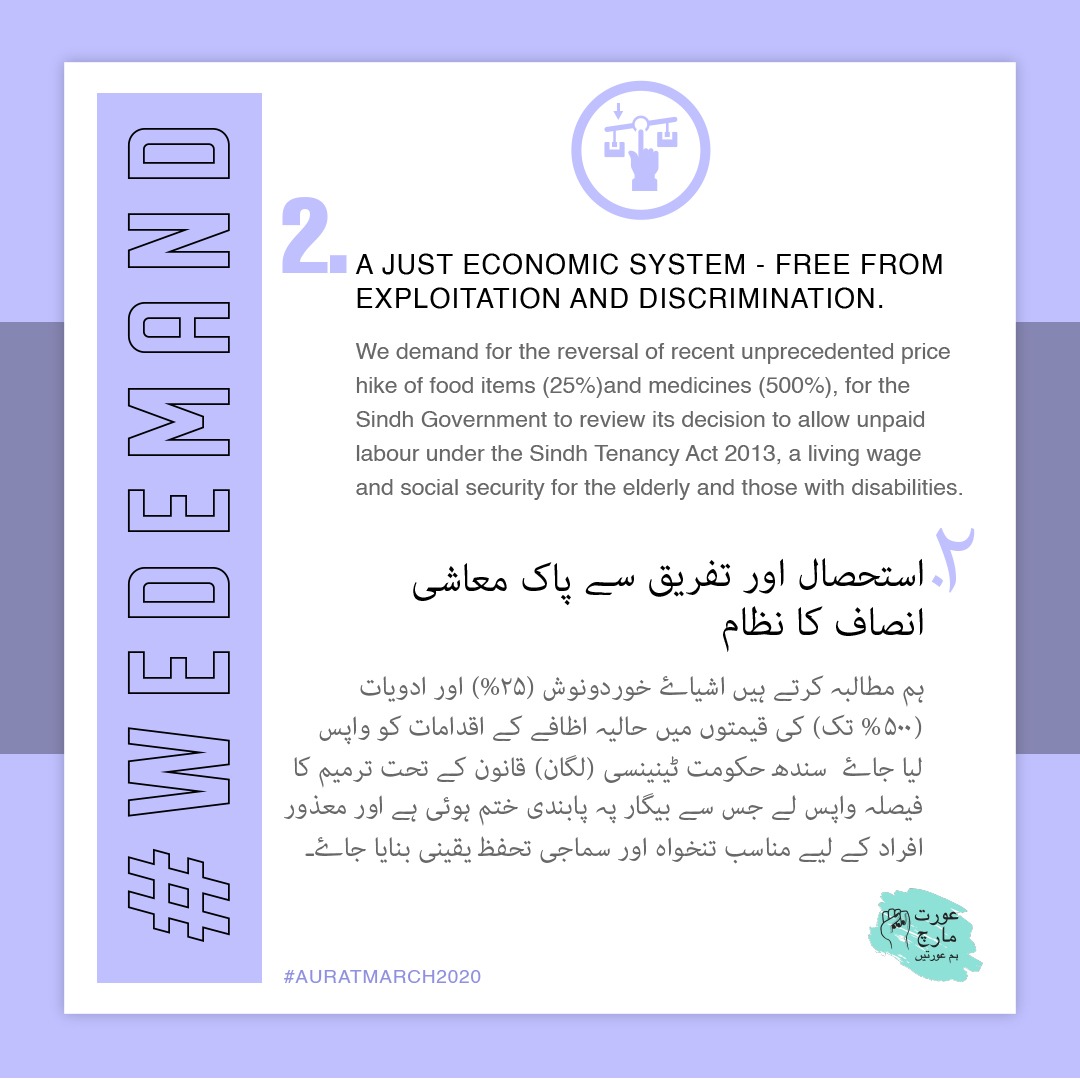 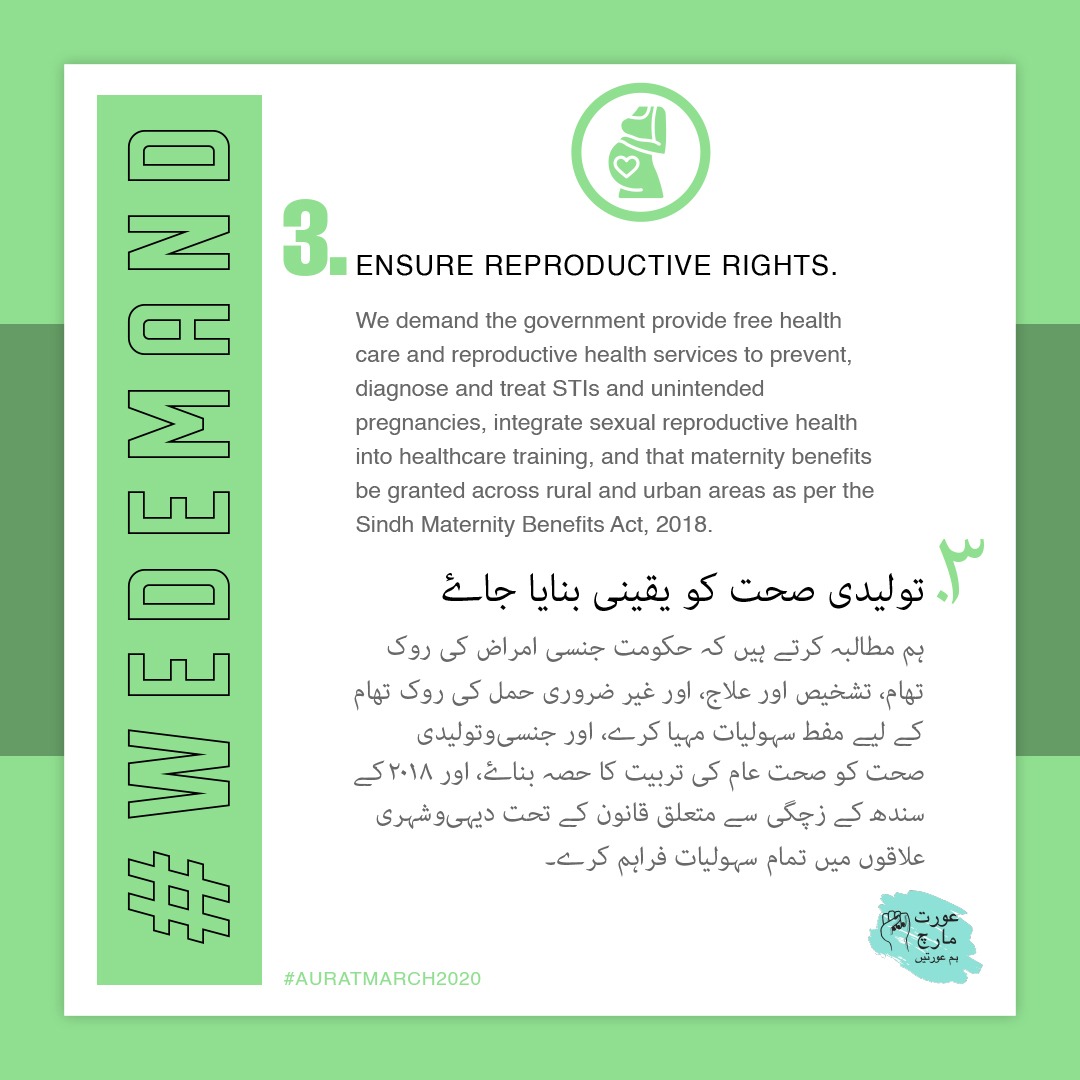 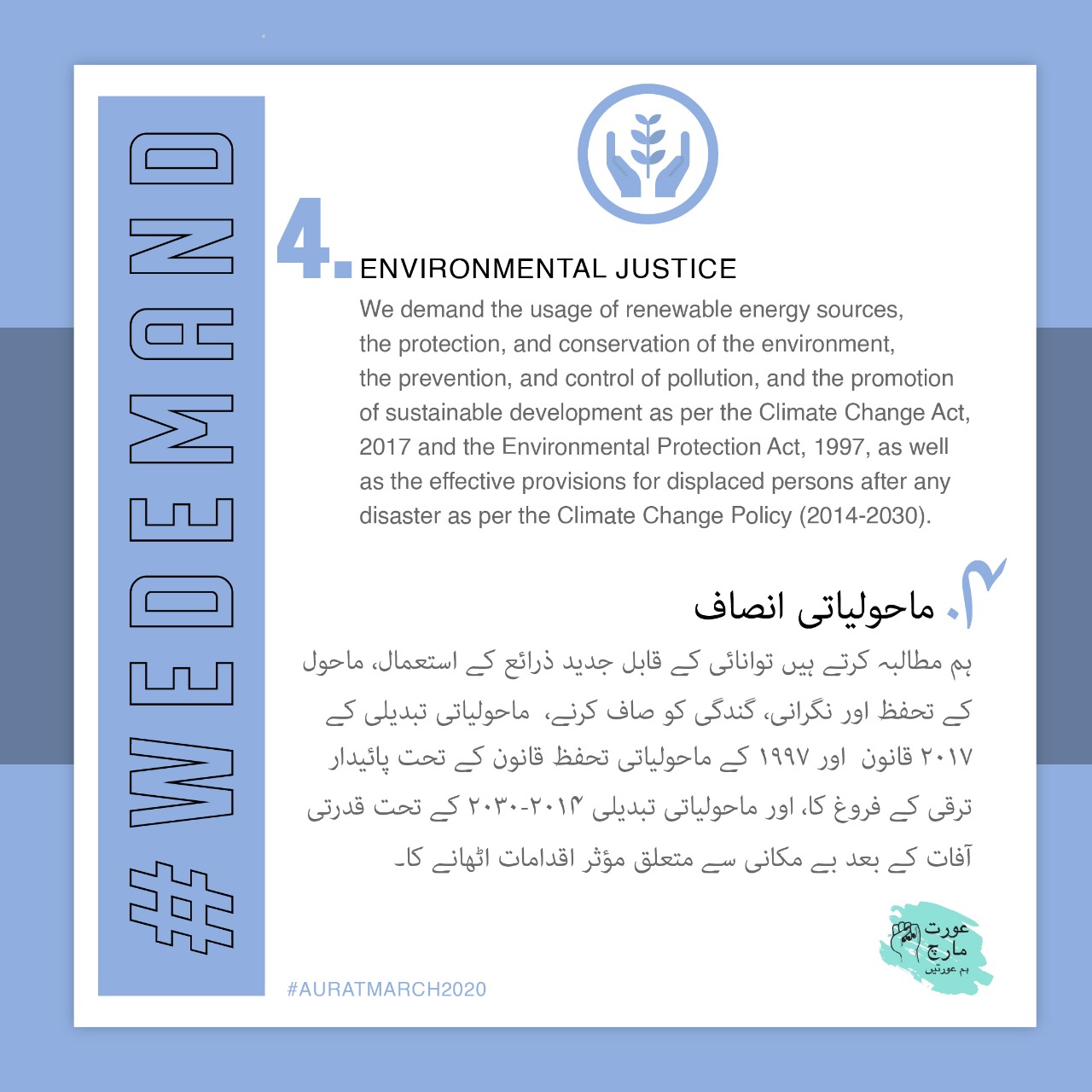 International Women’s Day in Pakistan is now known as the Aurat March. For the past few years, this march for women’s rights has faced strong opposition, but despite the fact that this march has been held since 2016 and its popularity has increased, we have seen the violations of women’s rights and oppression and barbarism is still there.

While women’s rights have gained a foothold through the Aurat March, what is least debated is what are the rights of women in the Constitution of Pakistan and how can women get their rights through them? At the same time, those who do not provide these rights or violate them may be liable to penalties.

According to the Constitution of Pakistan and the Penal Code, education is a constitutional and fundamental right of a child. But despite this, it has been observed that parents generally deprive their daughters of education.

According to Article 25-A of the Constitution of Pakistan, the state is bound to provide free and compulsory quality education to children between the ages of 5 and 16.

Up to sixth grade, 59% of girls are out of school. In comparison, 49% of boys do not go to school. Only 13% of girls in the ninth grade go to school. The number of boys and girls not going to school is unacceptable. But girls are being badly affected.

In contrast, early marriages of girls are a very common practice. Especially in rural areas, these marriages are performed for different purposes. This includes the acquisition of property, offspring, land tenure, and other reasons.

Many times these marriages are also done by kidnapping little girls. When the law of Pakistan says that those who have such a marriage will be punished, which includes 3 to 5 years imprisonment and a fine of Rs 500,000.

In Pakistani society, women are often evicted from the property and are not given their sharia and legal rights. But the constitution of Pakistan clearly gives women the right to their property.

The bill clearly states that women are deprived of property through illegal and counterfeiting. Therefore, women’s right to own property must be protected. According to the law, women have the right to their share of the property.

According to sections 376 and 375 of the Pakistan Penal Code, a person is said to be a perpetrator of rape if he commits adultery by forcing a woman (or child) to commit rape, murder or harm without his consent.

In such a case, the woman has the legal right to take legal action against the man. As a result, the man will be punished under Pakistani law.

The perpetrator will be sentenced to death or a minimum of 10 years and 25 years in prison, along with a fine.

But despite this, in February last year, according to a report by the Sustainable Social Development Organization, the number of rape cases in Pakistan increased by 200%. According to the research, 73 rape cases and 5 gang rape cases were reported in Lahore alone.

Harassment means the Penal Code, which states that if a person tries to insult a woman’s dignity, including swearing, uttering a word that offends or harasses a woman, or verbally abusing a woman. Forcibly, whether at home or in the office, such a person will be punished.

According to the constitution of Pakistan, harassment is punishable by 3 years imprisonment and a fine of Rs 500,000. All women who go through these situations should exercise their rights and seek justice through legal means.

PM to meet exporters once a month to resolve concerns: SAPM

The most awaited trailer of Money Heist season 5 has finally been...

Shahroz Sabzwari and Sadaf Kanwal, a celebrity couple, recently appeared on a...

ISLAMABAD: Prime Minister Imran Khan on Monday said that the government was...

Actress Mehwish Hayat has confirmed that she will play the lead role...